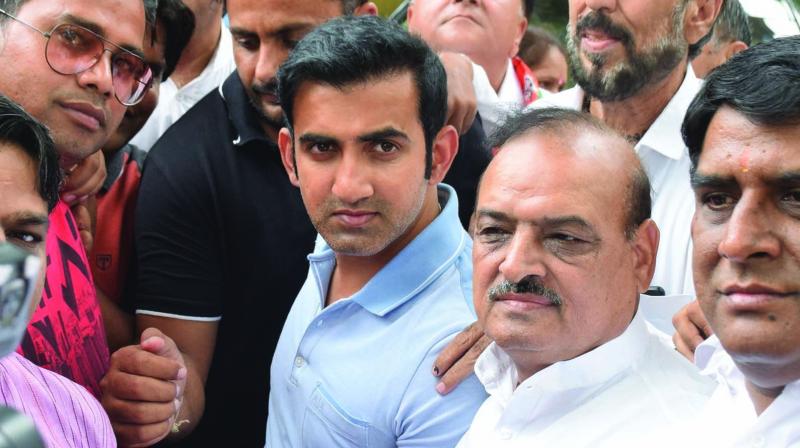 NEW DELHI: As the BJP swept all the seven seats in the national capital and set new records in five constituencies where its candidates defeated their opponents with the highest margins ever, a total of 147 candidates, including boxer-turned-politician Vijender Singh, and three candidates of the AAP lost their deposits as they failed to garner a minimum of one sixth of the votes polled in their respective constituencies. Congress candidate Vijender Singh also forfeited his deposit in the South Delhi seat, bagging just 1.64 lakh votes which accounted for 13.56 per cent of the total votes.

BJP sitting MP Parvesh Verma won a second term with a record-breaking margin of 5.78 lakh votes in West Delhi constituency. In the reserved Northwest Delhi seat, BJP candidate Hans Raj Hans, clobbered his closest rival, Gugan Singh of the AAP, with an emphatic margin of over 5.53 lakh votes, a record in the constituency.

The saffron party’s Gujjar face from South Delhi, Ramesh Bidhuri, hammered first-timer Raghav Chadha of the AAP by over 3.67 lakh votes, a record in the seat. In 2014, he had won the seat by 1,07 lakh votes.

Only Union minister Harsh Vardhan and BJP leader Meenakashi Lekhi won their respective seats by a margin lesser than the 2014 record. Ms Lekhi, the sitting MP from the New Delhi seat, defeated former Union minister and veteran Congress leader Ajay Maken by more than 2.56 lakh votes. Dr Vardhan, the party’s Chandi Chowk candidate, had the lowest winning margin in the city at just around 2. 28 lakh votes.