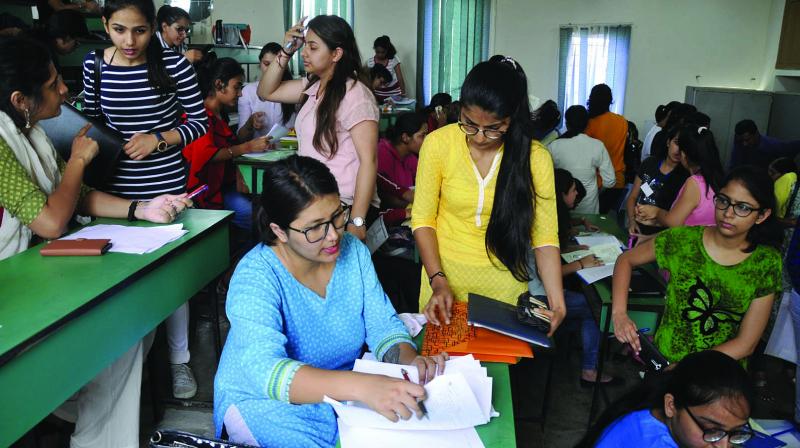 New Delhi: Lakhs of students across the country ardently wish to seek admission in the prestigious Delhi University (DU) every year.

Many aspirants, however, lose their battle to get into the best colleges with a marginal difference of percentage.

The process to even get through this is not a cakewalk as it involves cut throat competition.

Delhi University is all set to hold the sports trials from June 27 to July 6. However, unlike last year when some colleges conducted fitness test and gave certificate to those students who qualified the test before conducting the trials, this year there will be no “fitness test”. Instead, there will be a sport-specific fitness test within the centralised sports trials and all aspirants will now be eligible for the trials.

“According to the revised admission policy, sports trials will include game/ sport specific fitness, fundamental skills, and overall playing ability.

However, to be eligible for admission, the candidates must score at least 30 out of 60 marks. Each college will prepare a merit list based on the online applications. Only those students, who report in person for counselling and verification of certificates, will be considered for admissions.

Also, in order to make admissions more transparent and fair, the varsity has two categories of admissions — direct and trial based.

Students belonging to A1 category — those who represented the country in Olympics, world championship, World Cup, Commonwealth Games, and Asian Games among others — will be eligible for direct admission. Under the trial-based admission, only those certificates that were issued between April 1, 2014, and March 31, 2017, will be valid.