These five students who were penalised in connection with a 2016 campus event in which anti-national slogans were allegedly raised. 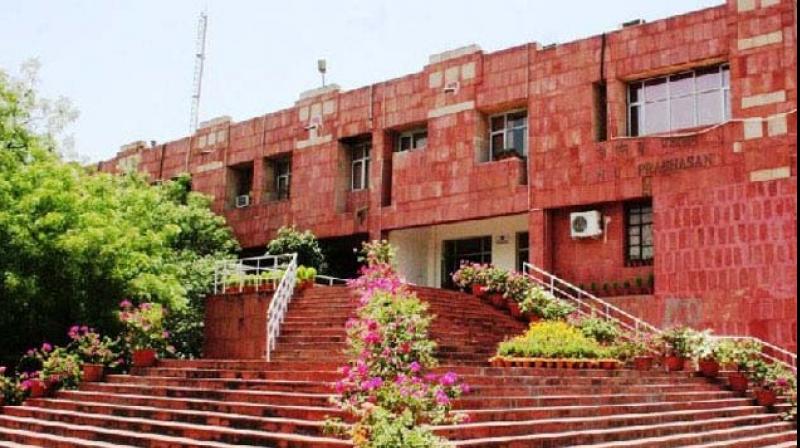 New Delhi: The Delhi High Court on Tuesday directed JNU to allow submission of thesis and hostel facility for five students who were penalised in connection with a 2016 campus event in which anti-national slogans were allegedly raised.

The Jawaharlal Nehru University (JNU) had also imposed varying fines on these students.

Justice Siddharth Mridul told the university to ensure the students in question are allowed to submit their thesis, continue in their hostels and their application for registration for the next academic year is accepted.

While issuing the direction to JNU, the court told the students that "there should be no hubris that you have an order from the high court".

"It should not turn into the aftermath of an English-France soccer match. You cannot take the law into your hand," the judge said.

The five students along with 10 others, including former JNU students' union president Kanhaiya Kumar, were found guilty of violation of disciplinary norms in connection with the February 9, 2016, incident on the campus by a five-member panel of the university.

The panel in its July 4 order had imposed on them varying punishments, which also comprised monetary fines and withdrawal of hostel facilities.

The panel's order imposing Rs 10,000 fine on Kanhaiya Kumar was set aside by the high court on July 20 and JNU had said it would recall its decision regarding the student leader.

Kumar and several other students, including Umar Khalid, had moved the high court seeking quashing of the July 4 order imposing punishments on them.

The punishments, including rustication of Khalid, were imposed in connection with the incident in which slogans were allegedly raised at the event relating to Parliament attack convict Afzal Guru's hanging.

On February 9, 2016, a poetry event was held at JNU in connection with the third anniversary of Guru's hanging for his role in the attack on Parliament on December 13, 2001.

Following the event, a high-level panel of JNU in 2016 had recommended the punishments, including financial penalty, on the 15 students for violation of disciplinary norms.

Kumar, Khalid and Anirban Bhattacharya, were arrested in February 2016 on charges of sedition in connection with the controversial event and now are out on bail.