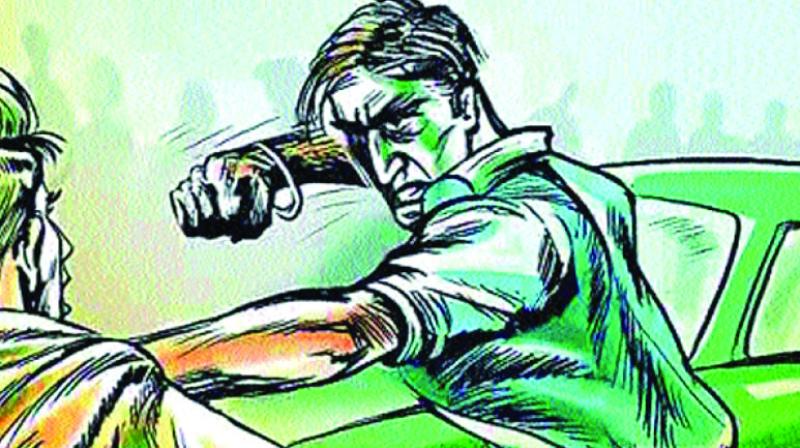 A video of the assault on the court premises has gone viral on the social media.

Ghaziabad: A group of people assaulted a Muslim man at the marriage registrar’s office in Ghaziabad, on Monday, for attempting to marry a Hindu woman. A video of the assault on the court premises has gone viral on the social media.

According to police, Sahil, a native of Bhopal, met Preeti Singh, a native of Bijnor district in western UP. The two worked at a company in Noida.

“After they fell in love, they decided to marry. However, their parents did not approve of the alliance. The woman is a Rajput and the man is Muslim. The couple wanted to register their marriage at Ghaziabad court as a friend told that it is safe and easy there,” said a police official.

The incident took place on Monday when the couple reached Ghaziabad court to meet an advocate for marriage. Even as they were discussing about the procedure, a crowd barged into the advocate’s chamber and picked a scuffle with the man. Police reached the spot in a few minutes and brought the couple to the Sihani Gate police station.

Police personnel present at the premises saved the man from the attackers. The couple refused to register any complaint, but a police official registered a case against the unknown persons. “A case has been registered against unknown people under IPC Section 147 (rioting), 323 (causing hurt), 504 (intentional insult with intent to provoke breach of peace), and 506 (punishment for criminal intimidation) at Sihani Gate police station,” said a senior police officer.