Another shopkeeper, however, said that apart from GST, the changing fashion trend is another reason for their losses. 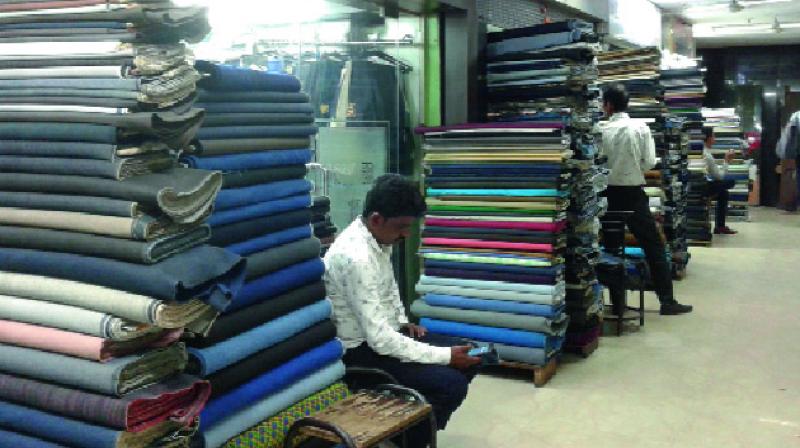 New Delhi: Mohan Singh Place, popular for its denims, hardly has any visitors in the recent times.

Going through a rough patch, the two-storeyed building, famous for its customised designer brands at pocket-friendly prices, is finding it difficult to operate since the past one year, especially after the imposition of GST and demonetisation.

Once known as the hub for denim apparels, the market is undergoing heavy losses. Earlier, the market bustled with people during the weekends, but last Saturday afternoon it was deserted. Only handful visitors, who were being persuaded by the shop-owners to enter their shops, could be seen. The market that once specialis-ed in customised denim pants, trousers, jackets, etc., has no takers in the current times. The footfall in the past one year has reduced drastically.

“There is no work; workers are sitting idle from the past several months,” said a worker at one of the shops. The market was established in the year 1969. Prem Arora, who established his shop here 49 years ago, said that the market has never seen such a downfall even during bouts of recession.

“From the past one year we have nothing to do. Due to the prevailing situation, some shops have cut down their workforce as well,” he added.

Naresh Verma, the president of Mohan Singh Place Traders’ Association, said that the 12 per cent GST on stitching has increased the cost of manufacturing. He said the shopkeepers are already paying 5 per cent GST when the fabric is bought. “The new tax structure is one of the major causes behind the 126 shops suffering looses,” said Mr Verma, adding, “Earlier our annual turnover used to be around Rs 18-20 lakh, but seeing the current scenario, it will be difficult to generate an annual revenue of even Rs 10 lakh.”

Another shopkeeper, however, said that apart from GST, the changing fashion trend is another reason for their losses.

“Earlier, people got their denim apparels stitched according to their shapes and sizes but now they can buy readymade denim,” he said.

“The quality of fabric has also deteriorated with the passage of time and the demand for denim has also reduced because of dynamic fashion trends,” said Mr Verma.