Actor-turned-politician Mr Singha praised the works being done by the AAP government in Delhi. 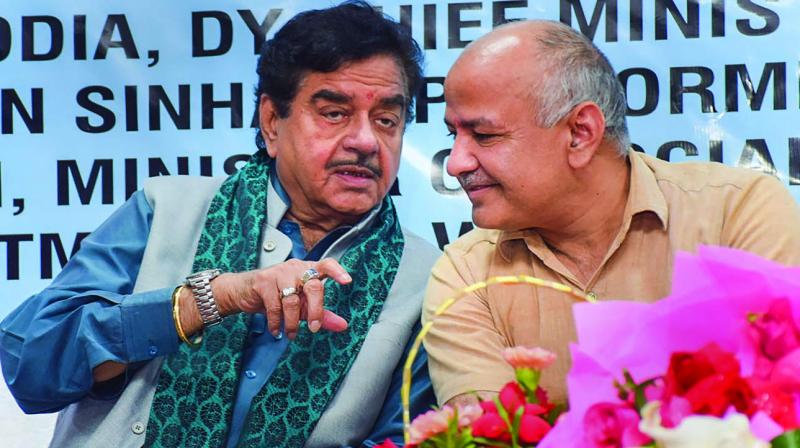 New Delhi: Bharatiya Janata Party (BJP) MP Shatrughan Sinha was on Friday shown black flags by party workers as he shared the stage with Aam Aadmi Party (AAP) leaders at an event in the national capital. Mr Sinha took part in a skill development programme for manual scavengers, organised by the office of district magistrate (Shahdara) where he praised the AAP and its workers.

Speaking about Dilip Pandey — AAP’s potential candidate and incharge of Northeast Delhi constituency for the upcoming 2019 Lok Sabha elections, he asked the public to give their love to him. “Mr Pandey is a very good human being and I respect him a lot. I wish him happiness and you all should bless him, so that he remains happy and makes happy to you all,” he said, addressing the gathering.

Later, the BJP workers, who had gathered outside the district collector’s office, raised slogans against the MP and showed black flags to him.