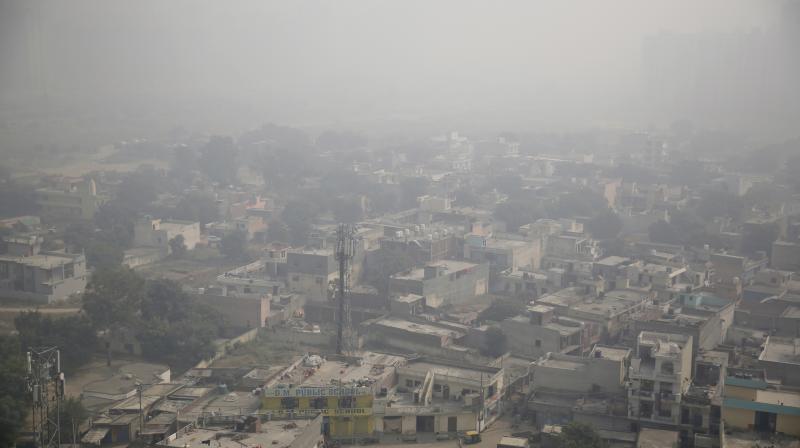 According to System of Air Quality and Weather Forecasting And Research (SAFAR), the Air Quality Index (AQI) in Delhi was recorded at 337. (Photo: AP)

According to System of Air Quality and Weather Forecasting And Research (SAFAR), the Air Quality Index (AQI) in Delhi was recorded at 337.

SAFAR has predicted that for the next two days, the air quality will remain in the 'very poor' category.

Experts believe that the pollution level has exacerbated as farmers in the neighbouring Punjab and Haryana are burning crop residue in preparation for new planting.

In an attempt to reduce the air pollution, the Supreme Court on Wednesday passed an order stating that no automobile manufacturer will be allowed to sell any BS-IV vehicles after March 31, 2020. Only vehicles that meet BS-VI emission standards can be sold from April 1, 2020.

In the city of seven islands, Mumbai, the air quality has shown slight improvement with PM 10 at 141 at 8:35 am.

For the next two days, the air quality will remain in the moderate category with PM10 at 147, SAFAR said.

Late last year also, the national capital and a large part of northern India were covered under a thick blanket of smog from crop burning and the countless firecrackers let off for Diwali, forcing the administration to shut down scores of power stations and clamping down of garbage burning.