Five robbers of a Bangladeshi gang were arrested following a shootout with the sleuths of crime branch in Southeast Delhi’s Taimoor Nagar area. 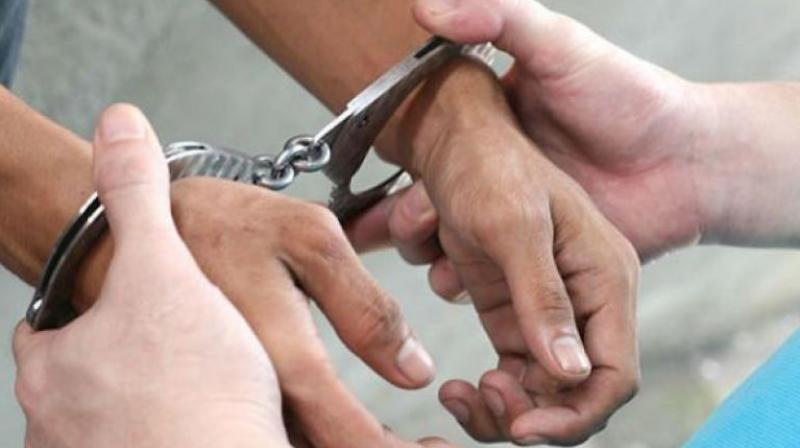 New Delhi: Five robbers of a Bangladeshi gang were arrested following a shootout with the sleuths of crime branch in Southeast Delhi’s Taimoor Nagar area.

The shootout took place between 12.15 am and 12.30 am on the intervening night of Friday and Saturday.

They were identified as Kabir, Farooq, Zakir, Indadul, and Aslam. Farooq is the kingpin of the gang. After committing crimes, the accused fled to Bangladesh and again returned to India after some time, police said.

According to ACP (Crime) Rajiv Ranjan, the Bangladeshi gang members were in the area to look for a house to rob.

The crime branch officials, who were present in the area based on a tip-off, asked them to surrender. However, they fired at the police. The police personnel fired in retaliation, he said.

Two gang members sustained bullet injuries in their leg while one police officer took a hit on his bullet proof jacket. The injured are currently hospitalised. Their condition is said to be stable, the officer said, adding that three members were arrested.

The police has seized three country-made pistols, 5 live cartridges, three empty cartridges, and house-breaking instruments from their possession. The gang has been involved in committing robbery across Bangalore, Delhi, and Kota, he added. They were involved in cases of robbery, murder and burglary.