Cochlear implants to get cheaper

The cheaper device developed by the DRDO is a boon as around 70 to 80 lakh children are suffering from deafness. 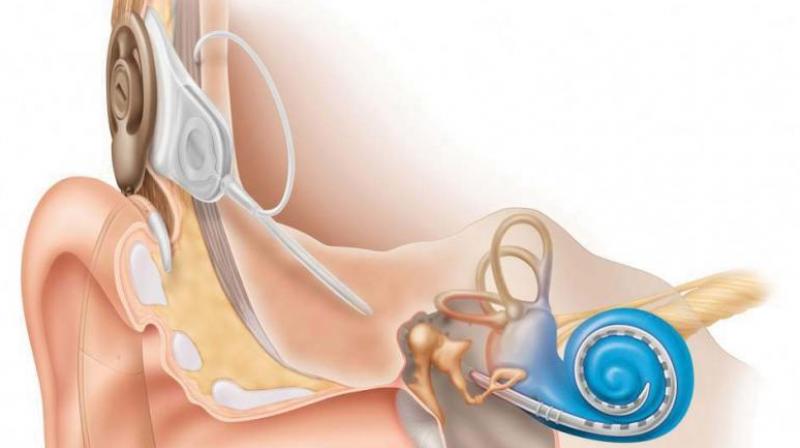 New Delhi: The Defence Research and Development Organisation (DRDO) has developed a cheaper “cochlear implant” to treat deafness. Clinical testing of the device on humans will start soon at country’s premier health institute, AIIMS. According to professor of ENT at AIIMS, Dr Alok Thakar, after successful trial of the indigenously built cochlear implant device on animals, the concerned authority has given permission for human trial, which will start soon. The implant developed by the DRDO will bring down the cost by two third. ENT specialists said that cochlear implant is a small electronic medical device that a doctor puts in a patient’s ear via surgery to replace the function of the damaged inner ear. The device sends sound pulses directly to the auditory nerve, which carries sound signals to the brain.

Dr Thakar said that the permission to carry on clinical trials on humans has been given by the Drug Controller General of India (DCGI) and it will soon start at AIIMS. “The new device developed by the DRDO will cost between Rs 1.5 lakh and Rs 2 lakh. Current implant costs between Rs 6 and Rs 7 lakh. With tremendous decrease in cost, more and more people can be able to hear with the help of DRDO’s device,” added Mr Thakar.

The cheaper device developed by the DRDO is a boon as around 70 to 80 lakh children are suffering from deafness and it is especially so for those belonging to the economically weaker sections. Currently, cochlear implant surgery facility is available at AIIMS, RML Hospital, Safdarjung Hospital, and Lok Nayak Hospital in the government sector. In these hospitals, surgery is not chargeable but the patient has to bear the cost of the device. Sources said that due to high cost of the device, patients from the economically weaker section are still not able to afford the implant surgery despite free treatment and surgery. “The cheaper availability of device opens up lots of possibilities for the patients to go for the implant surgery,” he added.