Delhi’s Rail Museum to get restaurant with serving train

The museum houses the unique heritage of Indian Railways, rich history of more than 150 years. 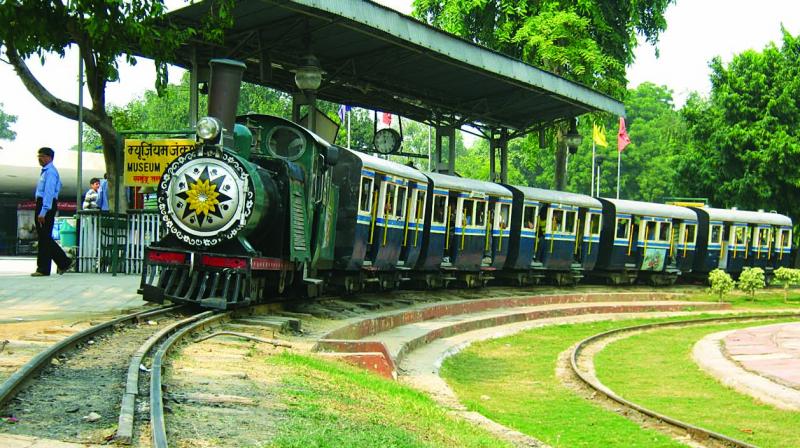 The foundation stone of the museum was laid in 1971, which opened as Rail Transport Museum in 1977 and was later rechristened as National Rail Museum in 1995.

New Delhi: Aiming at making the National Rail Museum as a prominent evening tourist destination in the national capital, a multi-cuisine restaurant is going to be operational in the museum early next year.

‘The Rails’, the new 60-cover (seats) restaurant with a Central Dome styled after Chhatrapati Shivaji Terminus, a historic railway station and a Unesco World Heritage Site in Mumbai, is also equipped with a unique “serving train.”

The Indian Railway Catering and Tourism Corporation (IRCTC) has been entrusted with the task of running the restaurant, said a senior railway ministry official involved with the heritage wing of the public transporter.

“The aim is to develop the museum as a cultural and heritage destination,” he said and added “the plans are afoot to develop light and sound show and vintage hotels on ‘Palace on Wheel’ coaches at the museum.”

Spreading over an area of 11 acres amidst the lush green landscaping, currently the museum has an Indoor Gallery, Outdoor Exhibits, a toy train ride and gardens.

The Toy Train, going around the museum is an exciting ride for kids and adults alike. The Patiala State Mono Rail (PSMR) and the John Morris Fire Engine are other operational exhibits in the museum. The museum houses maximum number of Rail Simulator anywhere in the world. State-of-art 3D virtual reality technology takes visitors back in time, the official said.

He said the museum also has an array of mobile apps and websites that allows a train lover to interact with the exhibit remotely.

3D Virtual tours and indoor positioning system to help the visitors to find their way and access content selectively is on cards.

The foundation stone of the museum was laid in 1971, which opened as Rail Transport Museum in 1977 and was later rechristened as National Rail Museum in 1995.

The museum houses the unique heritage of Indian Railways, rich history of more than 150 years. Some of the oldest locomotives, personal carriages of the erstwhile royal families, signaling tools and equipments are exhibited used for the development of Railways over the years.