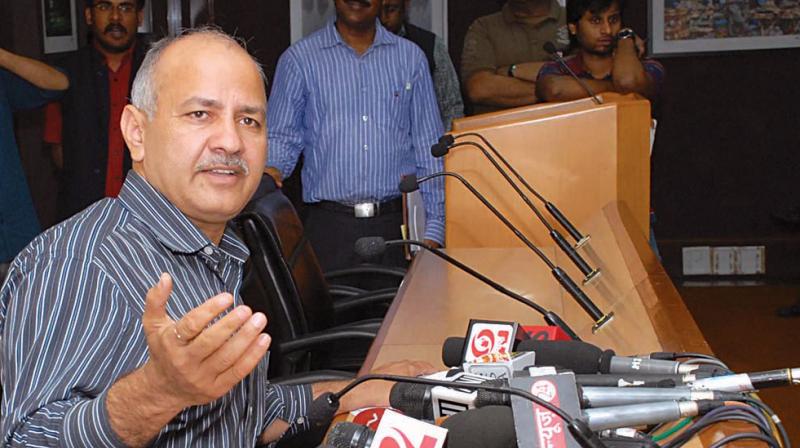 New Delhi: One hundred and fifty public schools in the national capital will start nursery admissions from the coming academic session, deputy chief minister Manish Sisodia said on Saturday. So far in Delhi, early childhood education has been largely in the hands of private schools, with the government having very little say in their admission policies.

The department of education (DoE) has asked public works department (PWD) to design special classrooms for kids in 150 Sarvodaya schools, according to a government official. Four hundred and four out 447 Sarvodaya schools run pre-primary classes for kindergarten kids, but none of these schools teach nursery students. The government is also looking to hire new teachers for its prep classes.

On the lines of international research on childhood education, the Delhi government has conducted a pan-India study to find out its impact on “social and mental growth” of people. Mr Sisodia, who is also the city education minister, said those who receive pre-schooling tend to do better in their lives.

According to Mr Sisodia, the public schools are scaling up its infrastructure to accommodate more students. Eight thousand new classrooms have been built in existing public schools in the last one-and-a-half years, he said. Delhi government runs over 1,000 schools in the Capital. “Private schools are by and large doing good work in providing early childhood education,” Mr Sisodia said, adding that schools which are privately run need to ensure transparency in its admission policy and fee-setting process. The deputy chief minister was addressing an annual event of a prep school here. He said the government has conducted an audit on fee hikes by private schools that got land at a concessional rate from the Delhi Development Authority (DDA). According to him, nearly all the applications for fee hike by such schools have been rejected. Nearly 450 private schools have been built on the DDA land, Mr Sisodia said. “We will bring changes in the law to streamline the admission policy,” he said, arguing that the existing laws don’t allow much interference in the nursery admission policies of the private schools.