Air quality to be ‘severe’ in Xmas weekend. 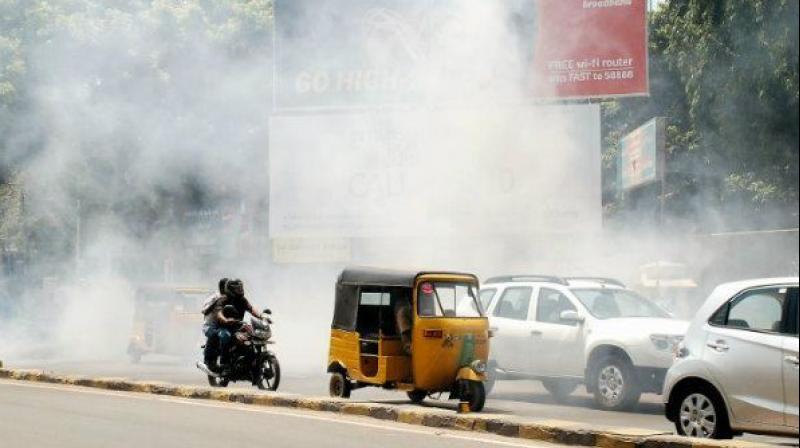 New Delhi: Air quality in the national capital has steadily deteriorated to “severe” category yet again, a condition that will persist over the Christmas weekend when people will troop out in large numbers to soak in the festive spirit.

The Central Pollution Control Board’s (CPCB) air quality index (24-hour average of AQI) was in the “severe” category with a reading of 427, largely due to calm wind movement which hampers dispersion of suspended particulates.

Vehicular pollution also spikes this time of the year due to idling of engines stuck in traffic jam across major arterial roads of the city. Pollutants are also trapped by water droplets or fog.

Considered extremely hazardous, AQI above 400 affects healthy people and may have serious impact on those with existing respiratory ailments.

According to Safar, the 24-hour-average (rolling) of PM 2.5 and PM 10, ultrafine particulates, were 337 and 522 micrograms per cubic metre respectively, violating the prescribed standards of 60 and 100 respectively by multiple times.

Going by forecast, volumes of these particulates are set to rise further to 344 and 539 micrograms per cubic metre respectively on Sunday.

The eight monitoring stations of Safar inside the city as well as the two in neighbouring Gurgaon and Noida recorded severe AQI. The readings of CPCB stations were also in the red zone.