Board’s proposal has been affected due to financial constraints. 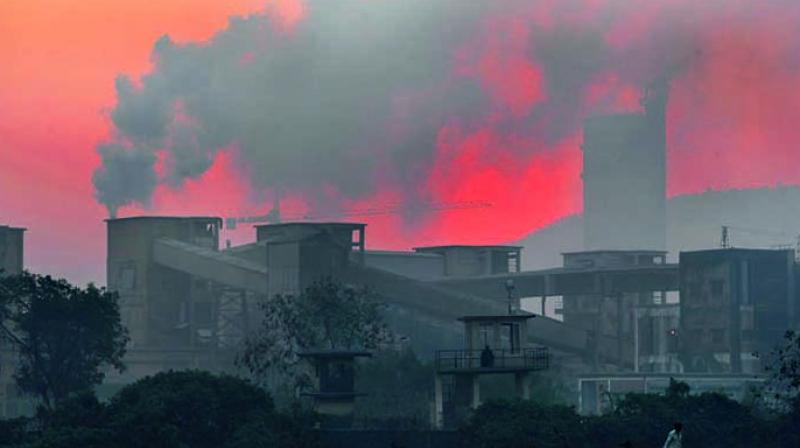 A team of the Board’s scientists have found that particles from salt mines of Afghanistan push up the levels of air pollutants, especially PM2.5, in Delhi.

New Delhi: The Central Pollution Control Board (CPCB) plans to project powerful laser beams in the sky to shed more light on the composition of pollutants present in the air of the Delhi-NCR, but the proposal has hit a financial roadblock. The CPCB has drafted a proposal to mount five LIDAR (light detection and ranging) equipments across the region, which will act as pollution monitoring towers. Officials, who are in the know, said that the plan was drawn up last year. However, it has not made much progress due to monetary constraints.

“LIDAR projects throws laser beams towards the sky. Subsequently, the interplay of light with the objects falling on its path through absorption, reflection, scattering help determine the composition of particulates by studying the wavelengths,” an official said.

The project document, pegged the each such device between Rs 60 and Rs 70 lakh. The plan was to install five such devices for the time being.

The devices may also help determine the trajectory of the pollutants present in the upper layers of the atmosphere, which are not possible through the conventional surface-level monitoring.

“It becomes easier to pinpoint the source of pollutants through this technique,” a CPCB scientist said. In fact, Nepal has a facility of vertical monitoring of air under UN-funded project to study the transboundary nature of pollutants. India has seven stations along its eastern and western borders under a similar project, an offshoot of the Male Declaration on Control and Prevention of Air Pollution and its Likely Transboundary Effects for South Asia. But  in this case too, the “fund crunch” has forced India to abandon the project, he said. “In such a situation, it would not be fair to expect comprehensive pollution data. We need to put in place a monitoring network and that requires money. And CPCB with an annual budget of Rs 40 crore for air pollution monitoring is not in a position to deliver,” the scientist said.

But there have been a few findings in the recent past, which point towards the need for such advanced monitoring.