Court was hearing a plea by SIT, which came in appeal against the trial court’s last year order granting anticipatory bail to Kumar. 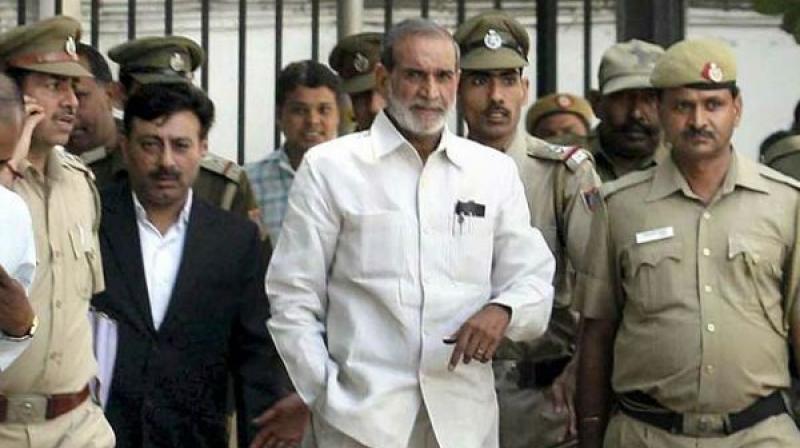 New Delhi: The Special Investigation Team (SIT), probing the 1984 anti-Sikh riots, on Wednesday moved the Delhi high court seeking cancellation of the anticipatory bail granted by the trial court to Congress leader Sajjan Kumar in a case of killing of three Sikhs.

Justice S.P. Garg, before whom the plea came up for hearing, asked the SIT how the trial court order is illegal and said the respondent is facing trial in other matters also then how is it possible that he could be present at all spots.

“Where is the illegality in the trial court’s order. 32 years have passed and now you (SIT) are seeking to interrogate him (Mr Kumar) in the matter pertaining to the incident. Prior to November 2016 there was no complaint against him by the present complainant. Suddenly, the complainant has grievances against him (Mr Kumar),” the court observed.

It was hearing a plea by SIT, which came in appeal against the trial court’s December 21 last year order granting anticipatory bail to Mr Kumar. It had asked Mr Kumar to cooperate in the probe and not to influence any witness related to the case.

While granting relief to the former MP on a personal bond of Rs 1 lakh and a surety of the like amount, the trial court had also said that he will not leave the country without the court’s permission.

Additional solicitor general (ASG) Sanjay Jain, appearing for the SIT, submitted before the bench that the cases filed against Mr Kumar falling in jurisdiction of Janakpuri and Vikaspuri police stations in West Delhi, were lodged after a delay of over 30 years as the complainant was “scared” to name the accused due to his “powerful” position.

The ASG submitted that since his name has cropped up during the investigation in the case, he needs to be interrogated and his custody is also necessary as he has to be confronted with the evidence in the matter.

He said that as per complainant Harvinder Singh, whose counsel also sought cancellation of Kumar’s bail, on the fateful day at around 11 AM, the accused was seen leading a mob.

To this, the court asked the ASG, apart from the complainant’s affidavit on the basis of which the cases were lodged, does he have anything more to establish that the respondent here was present at the spot.

“Do you (SIT) have anything more to establish about his alleged involvement. We are not disputing the incident but his involvement is there or not is a question,” it said.

It later asked the ASG to produce records relating to the other case he is allegedly involved in and for which he has or is facing trial.