"List this matter before the appropriate bench as per the convenience of the Acting Chief Justice," the judge said. 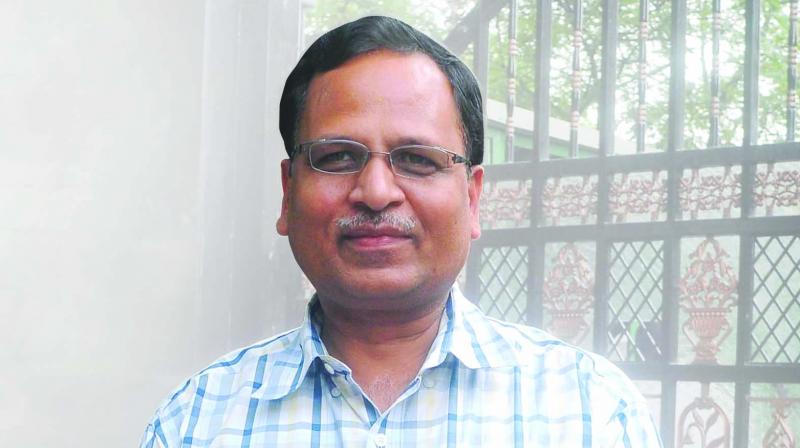 New Delhi: Delhi Health minister Satyender Jain on Thursday moved the Delhi high court seeking stay of the proceedings before the adjudicating authority in connection with an Income Tax order  under the new benami law to provisionally attach assets allegedly linked to him.

The application came up for hearing before Justice Rajiv Shakdher, who listed it for March 31, when the court is scheduled to hear the Aam Aadmi Party (AAP) leader’s plea against the authority’s decision to attach some of his assets.

While adjourning the matter for the next date, the court noted in its order that Mr Jain’s counsel has claimed that the main petition has been partially heard by some other bench, so this application should also be listed there.

"List this matter before the appropriate bench as per the convenience of the Acting Chief Justice," the judge said.

When the matter was initially filed in the court against the IT order, it had refused to stay the proceedings before the adjudicating authority as sought by the minister.

Mr Jain in his fresh application has sought a direction to the adjudicating authority not to pass any order till his petition in the high court is finally decided. He has also sought a stay on the proceedings before the authority.

The minister through his advocate Amit Anand Tiwari said that the adjudicating authority was to give an opportunity to him to be heard and also cross-examine the witnesses, but it was not granted.

"The entire proceedings before the authority was illegal as various witness testimonies that have been recorded aren’t being provided to the petitioner. It is trite law that fair hearing includes supply of all documents, whether they have been relied upon or not, at the time of final adjudication," he said.