Resolution to be passed urging campaign be stayed for 6 months: Delhi BJP chief. 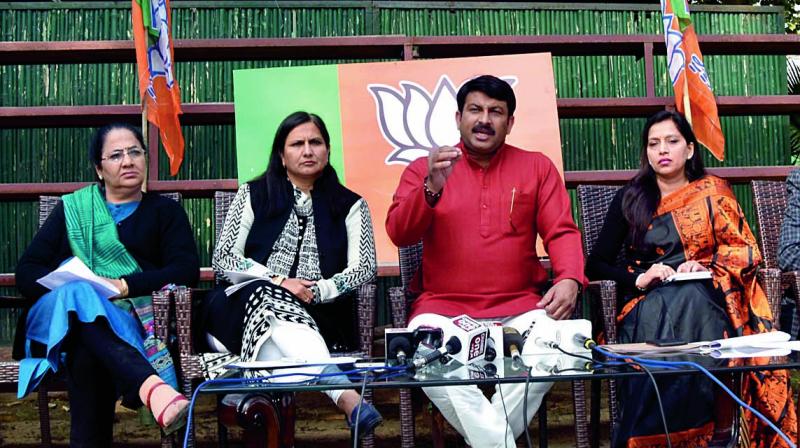 New Delhi: In the backdrop of the ongoing sealing drive on the direction of Supreme Court-appointed monitoring committee, the BJP has called a joint house meeting of all three BJP-ruled municipal corporations to discuss the issue on Saturday.

Seeing the seriousness of the issue, Delhi BJP president Manoj Tiwari has directed all seven Lok Sabha members to be present in the meeting, sources said. As per the DMC Act, all the Lok Sabha and Rajya Sabha members are nominated members of the corporation of their respective areas.

“In this emergency session, the three municipal corporations will pass a resolution requesting that the ongoing sealing of traders’ properties be stayed for six months. In these six months, the civic bodies and the Delhi government will complete the work of formulating regularisation and conversion charge rules and put them in public domain,” said Mr Tiwari.

The mayors of the three civic bodies, Kamaljeet Sehrawat, Preety Aggarwal and Neema Bhagat were present.

“It is regrettable that the Arvind Kejriwal government has failed Delhiites by neither notifying the commercial roads nor starting the formalities for regularising unauthorised colonies. Also, it has filed an application before the SC seeking more time without submitting any work plan.

As a result, the court has ordered that sealing will start under the supervision of the SC-appointed monitoring committee,” Mr Tiwari.

Mr Tiwari urged LG Anil Baijal to call a meeting of officials of Delhi government, Union government, municipal corporations and DDA to ensure that a single advocate appeared on their behalf and sought an year’s time for traders and residents to complete the regularisation work as per the fresh notified instructions.

The three mayors said they felt sad that at a time when people of Delhi were disturbed due to the ongoing sealing campaign, the government instead of helping them tried to mislead people on the conversion charge issue.

“The civic bodies haven’t misused the conversion charges and whatever funds were diverted it was in public interest. It is due to the government’s failure to give the civic bodies funds as recommended by the Fourth Delhi Finance Commission,” they added.