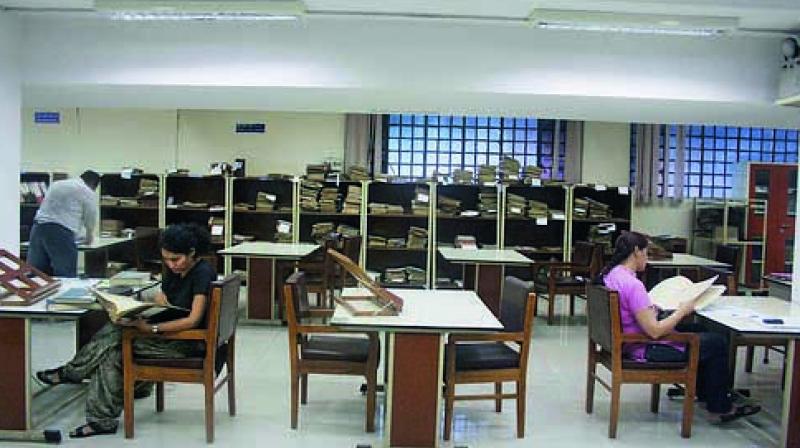 The study room in the NAI.

New Delhi: To spread awareness among the masses about its archival treasure, the National Archives of India has introduced a thematic book reading series.

The series, titled, ‘Archives Reads’ was recently launched by NAI director general Pritam Singh. It started with a reading by the author of ‘Hari Singh Nalwa: Champion of the Khalsaji - 1791-1837’.

The book chronicles the life and times of Sardar Hari Singh Nalwa, one of the great pillars of Maharaja Ranjit Singh’s empire. Hari Singh Nalwa was the commander-in-chief of the Sikh army, the NAI said.

The author, Vanit Nalwa,  a senior consultant psychologist, shared her experience of researching at the NAI, as nearly half the research, taken up for her writing of the book such as letters or communications between the British, Sikhs and Afghans, were sourced from the records available at the NAI.

“The author has consulted around 2,000 records at the NAI, out of which she has quoted 350 records in her book. The author has researched seven years before the completion of the book,” said Mr Singh.

He added that the initiative is to inculcate awareness among people, especially youngsters, about the archives, and to showcase the vast treasure of archives available with NAI for research and reference purposes.

Among the priceless documents in the NAI’s possession, are some of the historic letters, correspondences and records associated with events such as the one informing about the execution of revolutionary Mangal Pandey (1857), demise of Maharaja Ranjit Singh (1839), death of Napoleon Bonaparte (1839) and a note dated February 17, 1948 sent by the government of Pakistan to the government of India on the division of the archives of the undivided India.