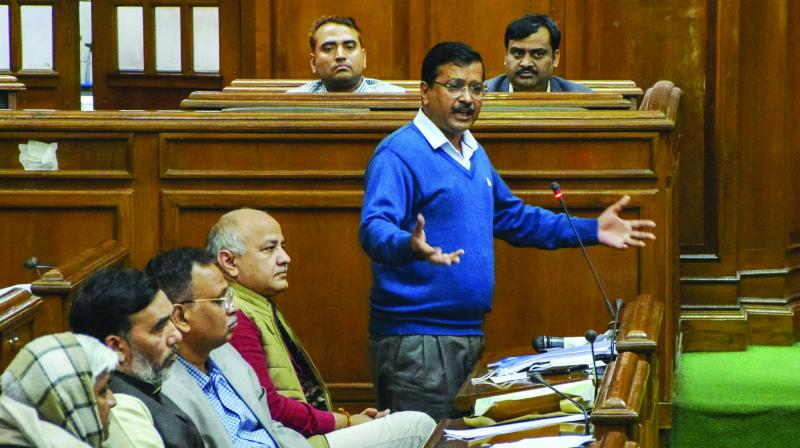 Delhi Chief Minister in Vidhan Sabha had said that files of various development projects of Delhi are not being cleared by the central government. (Photo: File)

New Delhi:  In the wake of prevailing Indo-Pak situation due to the Indian Air Force's (IAF) air strike, Delhi Chief Minister Arvind Kejriwal said that he has postponed the indefinite hunger strike for full statehood of Delhi.

Delhi Chief Minister Arvind Kejriwal had earlier announced in the Assembly on Saturday that he will sit on an indefinite fast from March 1, demanding for full statehood for Delhi.

“From March 1, we will launch the movement to make Delhi a full state and we will not end till Delhi gets full statehood. All of entire Delhi now needs to launch a movement for full statehood,” Kejriwal said.

The chief minister said that files of various development projects of Delhi are not being cleared by the central government.