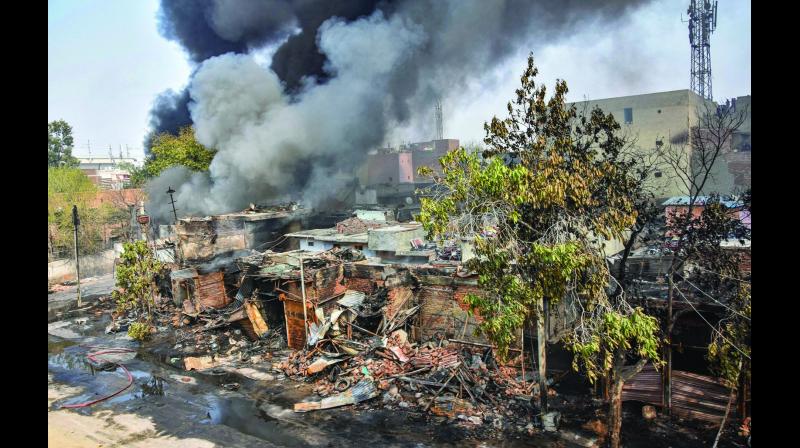 New Delhi: A journalist with JK 24x7 news received a bullet injury and two reporters from NDTV were beaten and punched by rioters in Northeast Delhi, which was wracked by fresh violence on Tuesday.

“Akash sustained a bullet injury while covering the communal clashes in Maujpur locality and is in hospital where his condition is serious,” said a tweet from JK 24X7 channel.

Journalists Arvind Gunasekar and Saurabh Shukla were attacked when they were filming a mosque being set on fire. The crowd let them go only after another journalist pleaded with them. Many other journalists were heckled and asked to go back.

A number of journalists across media organisations have voiced how challenging reporting the Delhi riots has been the last few days. Rioters are questioning anyone holding a mobile phone and these are being checked for any incriminating pictures, which are being deleted on the spot.

As tension smouldered, rioters damaged two fire tenders in Gokulpuri and crowds raising incendiary slogans set on fire a bike in the epicentre of troubled Maujpur. Streets in many parts of the area were littered with stones, bricks, and burnt tyres—mute testimony to the spiralling violence and bloodshed that took on a communal taint on Monday and injured about 150 people, including 48 police personnel.