JD(U) to contest all seats, taking on AAP on its home turf. 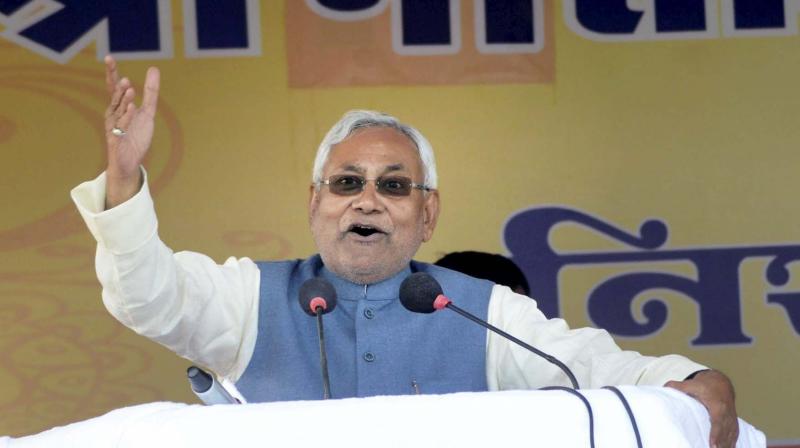 New Delhi: The Janata Dal (United) is all set to contest the upcoming Assembly polls as Bihar chief minister Nitish Kumar is going to address two rallies in the national capital, where JD(U) will contest all the 272 seats, taking on the AAP on its home turf.

Mr Jha said JD(U) aims to tap the “discontent” among the AAP’s Poorvanchali voters’ base. He said the Poorvanchalis here have been “let down” by the Kejriwal government despite having extended every possible backing to it over the last two years.

“Nitish Kumar will address two rallies, one each in North and South Delhi after Holi. The first list of our candidates will be out within a week,” he said.

BJP’s decision to appoint Bhojpuri artist Manoj Tiwari as its Delhi unit chief is also being seen as an attempt to woo the Poorvanchali community, comprising the people from the eastern part of Uttar Pradesh and Bihar. The Delhi unit of JD(U) was constituted during Mr Kumar’s visit here in national capital on December 3 last year.

Mr Jha brushed aside Mr Kumar’s perceived closeness with Mr Kejriwal, saying JD(U) will work for expanding its base and work towards ensuring “fair” representation of the Poorvanchali population.

The AAP had supported the JD(U) in the 2015 Bihar Assembly polls and the two parties often cooperate in Parliament.

The AAP has already released its first list of 109 candidates, which includes 49 women. The party is eyeing to wrest power of the civic bodies from the BJP.

Vinod Jha, who was among the ones who joined JD(U), claimed AAP will lose support of the Poorvanchalis owing to its “denial” of tickets to people of the region.

“They had committed that they will provide at least one ticket to a Poorvanchali in each of the assembly constituencies,” he said.