The AAP government has time and again said that it plans to reduce the burden of administrative work on teachers. 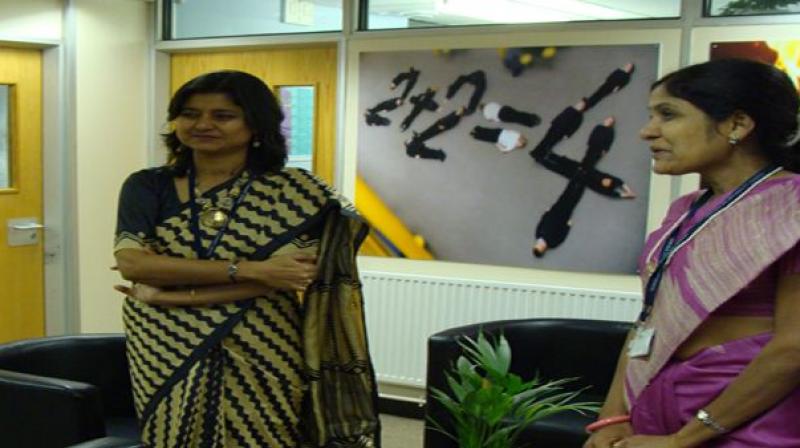 The mentor teachers will also visit Gateway School of Mumbai and Teach For India in Mumbai. (Representational Image)

New Delhi: Delhi government teachers have complained that they get little time to focus on teaching as they are engaged in non-academic work.

The AAP government has time and again said that it plans to reduce the burden of administrative work on teachers. Last year, it had forbidden heads of schools to depute staff for census duty for the National Population Register (NPR).

However, teachers said that despite such circulars and because of “acute” shortage of teaching staff, teachers have been recently deputed as “booth level officers” (BLOs) and assigned to visit households in the area for voter id cards.

“We have written to the chief electoral officer and the director of education not to engage teachers but still in many schools teachers have been given this duty,” said C.P. Singh, president of the Government School Teacher’s Association (GSTA).

Besides, teachers are tasked with works like replying to Right to Information (RTI) queries; keep note of bill payments, cashbooks, and mid-day meals; duties in pulse polio wards; fee collection and other clerical work.

“In every school, there are at least five such vacancies for officers required to do clerical/administrative work. Instead, teachers are doing this work. Though many teachers were removed from census work, but again many have been given the new duties of BLOs,” Mr Singh said.

This comes at a time when there is an acute shortage of teaching staff in government schools and AAP is struggling to recruit against vacant posts.

Meanwhile, the AAP government has decided to send 200 Delhi government school teachers to mentor educationists in Mumbai, Bengaluru, Jaipur and Ahmedabad. “Mentor teachers will be deeply enriched by their exposure trips that the government has organised for them.”

“I am positive that this will significantly improve their ability to build capacities of other teachers in future,” deputy chief minister and education minister Manish Sisodia said.

Next month, the mentor teachers will visit various government and private schools and non-governmental organisations working in the field of education, according to the government.

In Rajasthan, a batch of Delhi teachers will spend time at Digantar Vidyala and Grameen Shiksha Kendra. In Gujarat, Anup-am Moti Dau Primary School and Gyanshala are educational centres which will host the mentors. The mentor teachers will also visit Gateway School of Mumbai and Teach For India in Mumbai.

The mentor teachers of city’s public schools have played a pivotal role in enhancing teaching and learning methodologies inside classrooms, the government said.