DMRC slammed for no water or toilets at stations

The advocate said even when the Prime Minister was campaigning for Swachchh Bharat Abhiyan, the DMRC was not adhering to these issues. 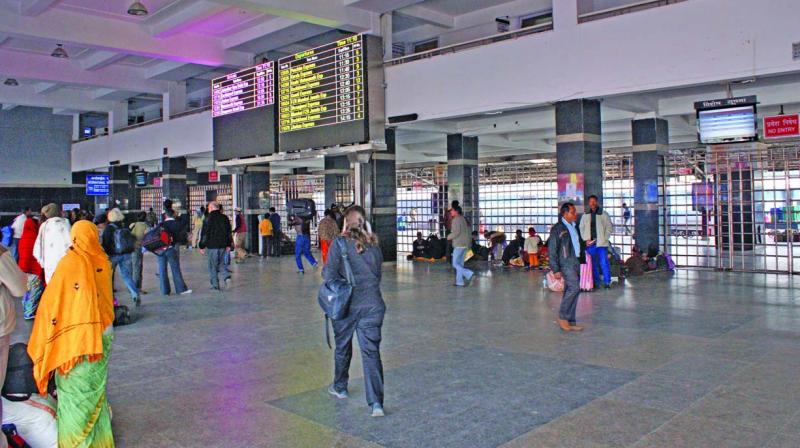 The court also issued notice to the Delhi Metro Rail Corporation (DMRC) on the appeal and sought its response by May 9, the next of hearing.

New Delhi: The Delhi high court on Monday pulled up the DMRC for not providing free drinking water or toilet facilities to commuters inside the stations, asking whether it has lost “a sense of human problems”.

“Have you brought this no water/toilet policy from the West? Look at the volume of traffic here. Crores of people travel in the Metro and if someone develops a medical problem, what will happen? Where will he/she go? By the time he/she moves out of the station, it will be too  late. What is the thought behind this policy,” a bench of justices S. Ravindra Bhat and A.K. Chawla said.

“You go anywhere in the world, there are toilets in the metro stations. In London, the volume of traffic is not as much as we have. Show us the data and reasons for not providing these facilities. You have this policy in place for the last 14 years,” the bench said.

The court also issued notice to the Delhi Metro Rail Corporation (DMRC) on the appeal and sought its response by May 9, the next of hearing. It asked the DMRC to produce its policy documents for not providing free drinking water to the passengers.

Advocate Kush Sharma, appearing for petitioner Kush Kalra, argued that water should be provided free of cost and also raised the sanitation issue, saying all metro stations do not have toilets and dustbins.

“The single judge abdicated from performing its constitutional duty by not directing the DMRC to ensure availability and accessibility to free and clean drinking water in so far as he refused to pass directions observing that DMRC is taking the necessary steps for providing clean drinking water at all the Metro stations,” the plea said.

The advocate said even when the Prime Minister was campaigning for Swachchh Bharat Abhiyan, the DMRC was not adhering to these issues.

However, the counsel for DMRC said they were providing clean water at all stations and even toilets were there, but it was not free. He said drinking water is sold at Rs 2 for 250 ml and Rs 5 for one litre and water coolers can’t be installed level due to hygiene issue.