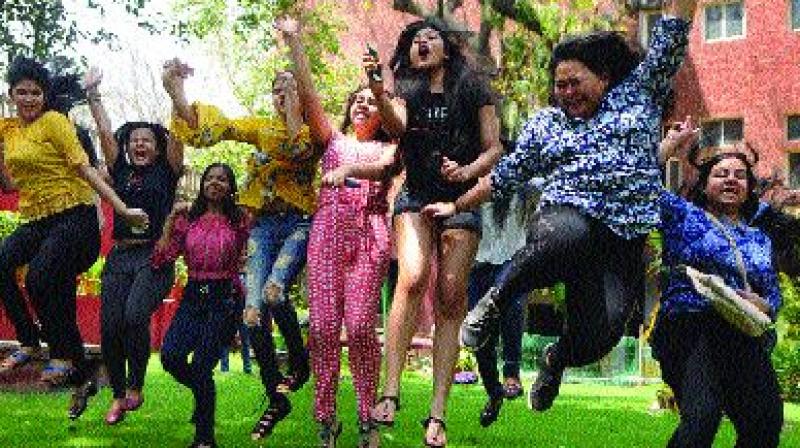 New Delhi: The Class 12 result for CBSE (Central Board of Secondary Education) was declared on Saturday, with girls once again outshining boys. Meghna Srivastava topped the all-India ranking with 499 marks out of 500 and Anoushka Chandra from Ghaziabad, with just one mark behind, ranked second at 498. Both belong to the Humanities stream. Meghna is a student of Step by Step School in Noida.

The third position is held by seven students, who scored 497 marks out of 500, officials said.

Meghna scored 99 in English (core), while in other subjects — Psychology, History, Geography, and Economics — she scored 100.

The overall pass percentage was 83.01 per cent, an improvement from last year’s 82.02 per cent. Girls performed better than boys with a pass percentage of 88.31 per cent against 78.99 per cent scored by boys, officials at the CBSE headquarters said here.

Over 11 lakh students had registered for the Class 12 examination, which was marred with controversy over the paper leak issue.

The board had conducted a re-test of the Class 12 economics paper on April 25, nearly a month after it was leaked triggering widespread outrage and confusion among students across the country.

The overall pass percentage of the Delhi region saw an increase from 88.37 per cent in 2017 to 89 per cent this year.

The pass percentage of candidates in foreign schools this year stood at 94.94 per cent as opposed to last year’s 92.02 per cent.

The candidate would have to appear in the compartmental examination later.