In the last one week, four incidents of violence involving BJP leaders were reported. 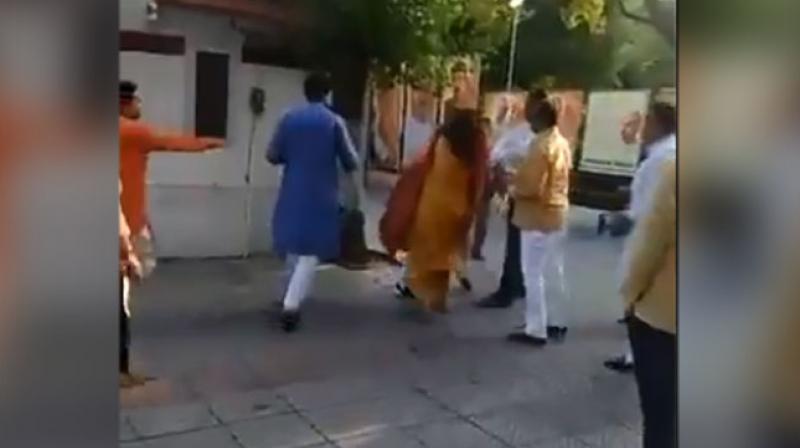 New Delhi: Questions were raised over the alleged failure of Delhi BJP leadership in taking strict action in controlling violent incidents in the party or for adopting a pick-and-choose policy while taking action.

In the last one week, four incidents of violence involving BJP leaders were reported.

A senior party functionary said that when a district president was removed from his post, why no action was taken against another district president against whom there was an allegation of raping his own daughter-in-law, or the state general secretary who abused and threatened a dalit party worker.

Last Sunday, a scuffle had broken out allegedly involving the three women councillors of BJP, including Ms Jha, Urmila Chaudhary, and Sona Chaudhary, in front of former Delhi unit president Satish Upadhyay at a party event in Kirari.