The CPI (M) leader along with D Raja attended the march organised by students against ABVP at North Campus. 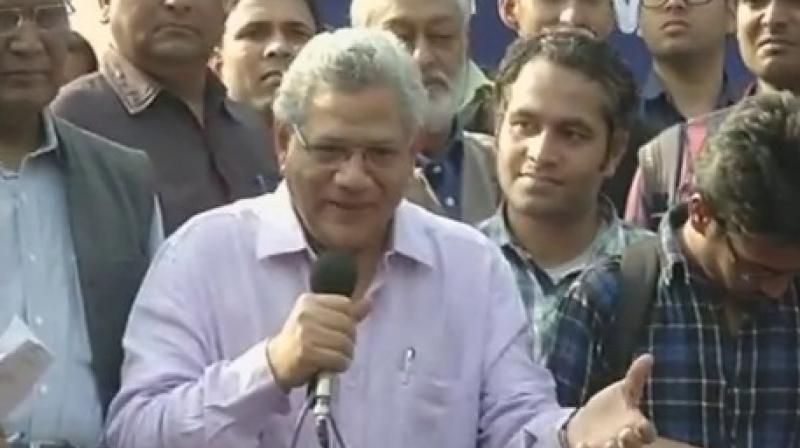 "RSS, ABVP want to impose all their regressive ideas on what you wear, eat, see, do, or the way you live," he told ANI.

Yechury also asserted that the ABVP cannot win the ongoing tussle with their intellectual skill, adding they want to replace it with violence.

"Sangh Parivar has no strength of conviction in its reasoning, the threat of violence is only the weapon against ideas," added Yechury, who attended the protest march organised by the Jawaharlal Nehru University (JNU) and Delhi University students against the ABVP in North Campus.

Echoing similar sentiments, CPI leader D Raja, who accompanied Yechury during the protest march, said this is a collective fight to defend our constitutional rights.

"We will be raising the issue of DU in the Parliament," he added.

Following complaints that female students and media persons were harassed by police personnel during the violent clashes, the National Human Rights Commission has issued a notice to the Delhi Police Commissioner.