The incident has come to their knowledge and the police is trying to contact the girl so that an investigation can begin. 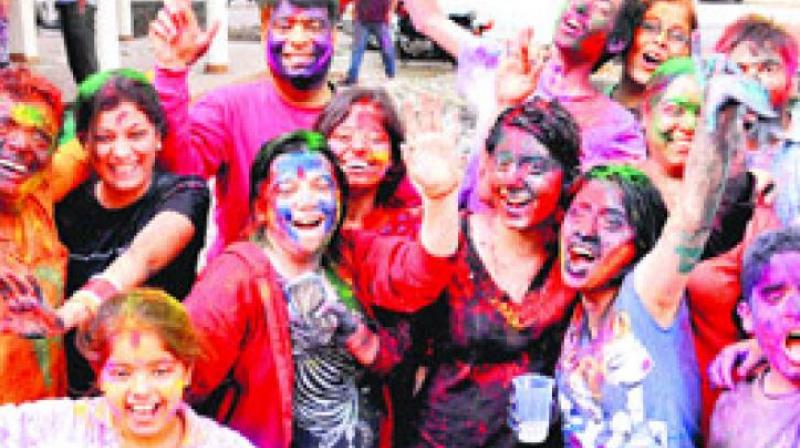 New Delhi: Perversion hit a new low in the national capital on February 24 when a group of unidentified men allegedly threw a “semen-filled” balloon at a student of Delhi University recently.

The police said the incident has come to their knowledge and they are trying to contact the girl so that an investigation can take place.

“We have not received any complaint regarding this yet,” a senior police official said.

The incident came to light when the girl, who is from Northeast, took to Instagram and shared the incident. She claimed in a social media post that a group of unidentified men allegedly threw a “semen filled” balloon at her recently.

In her Instagram post on February 24, the girl said: “I went out with a friend for lunch at a cafe in Amar Colony market. At around 5 pm, when heading back in a rickshaw, there came flying my way a liquid filled balloon. It hit me on the hip where it burst open, its content seeping into my dress.

“It dried white on my black leggings. I did not guess what it really was. Only when I returned to my hostel did I hear another friend of mine talking about semen flinging,” she said.

“Not a single person in that busy market batted a single eyelid at the sight of men throwing such balloons,” she said.

The student recalled the ordeal she underwent and said, “Ever since I moved to this city seven months ago, I’ve been bumped by more than once by men.”

All accidentally, of course. Hands have patted me inappropriately,” she said, adding that she has also been called derogatory names.

On Monday, the Delhi University announced elaborate internal and external security arrangements on campus, hostels, and other colleges to counter any possible threat under the garb of Holi celebrations.