The NGT directed CPCB and state pollution control board to inspect the area in question and submit report within two weeks from now. 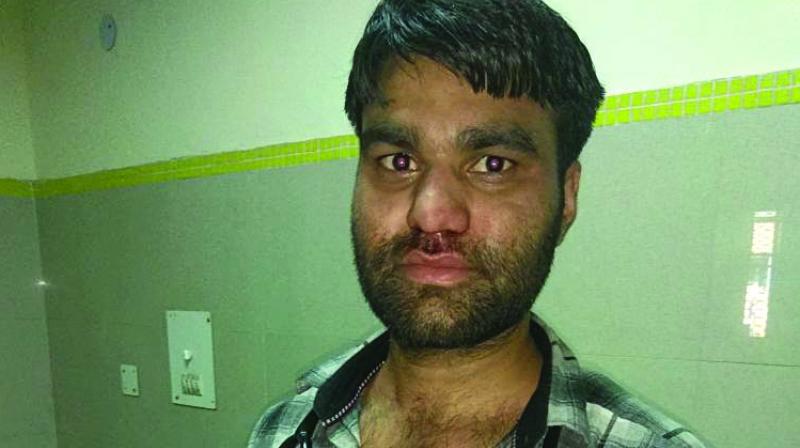 Dr Shyam, one of the doctors beaten up.

New Delhi:  Two doctors were allegedly beaten up by as patient’s relatives at Maulana Azad Medical College (MAMC) in the city on Tuesday, following which the resident doctors in protest have shut down all outdoor and indoor medical services at the hospital, except emergency.

The incident took place at 2:30pm outside ward No. 48 in the hospital. According to the complaint filed by the doctors with the hospital administration, “there were around 10 to 12 relatives, who without any provocation, started beating up  Dr Shyam and Dr Sanjay Gautam and grabbed us and some even throttled us”.

“When other doctors and attendants and other patients rushed to our rescue, some relatives might have been involuntarily injured,” said the complaint to the Lok Nayak Jai Prakash (LNJP) hospital, which is governed under the MAMC.

The resident doctors have demanded filing an institutional FIR and “strict action against the culprits”.

The Delhi government had in November directed hospitals to file an institutional FIR after any instance of assault.

“The hospital hasn’t filed it and if no decision is taken on Wednesday, the residents doctors from across Delhi government hospitals will resort to shutdown of services," said Dr Vivek Chouksey, president, Federation of Resident Doctors Association (FORDA).

The incident was the latest in a series of assault cases by angry kin of patients on the doctors in government hospitals.