Earlier, children were trafficked from various districts of Bihar like Samastipur and Gaya. 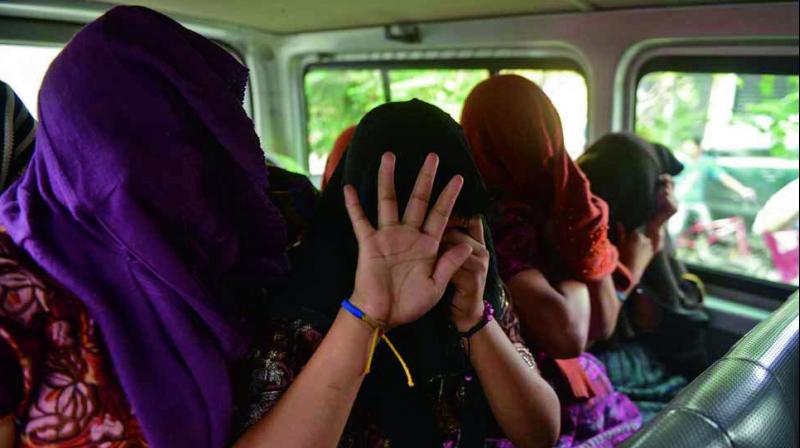 The DCW officials found that the women are being sexually assaulted so as to bear children.

New Delhi: When the Delhi Commission for Women (DCW) busted a sex racket that was operating out of a placement agency last week, it stumbled upon a new modus operandi. The DCW officials found that the women are being sexually assaulted so as to bear children. The newborns are then put up for sale, continuing the trafficking chain. One of the six women rescued on Wednesday registered an FIR at Nihal Vihar police station alleging she was raped on multiple occasions and was forced to produce children. The couple running the agency has been arrested.

Shakti Vahini, an NGO working in the field, has been pursuing this case. Even with its vast experience in handling trafficking rackets, this development came as a surprise. “We are looking into the case and are also trying to identify this new network. Once we make substantial progress, concerned authorities will be informed,” said Rishikant, social activist, Shakti Vahini.

Reason why women are being forced to conceive in the city is because it’s getting increasingly difficult for the traffickers to bring children from far-flung villages, given the government crackdown against trafficking. Earlier, children were trafficked from various districts of Bihar like Samastipur and Gaya. The traffickers would then have to undertake a perilous journey using cars and trains. Such rackets run into a long chain and the kingpins are seldom caught. However, due to the clampdown, the traffickers have been facing a shortage of men. Also, for transportation, mostly trains were used. But after the Railway police began conducting checks, traffickers had to look for other ways of transportation. “Since transportation from traditional hubs, from where women and trafficked into cities, is relatively becoming difficult, the agency started forcing women to have sex in order to produce children here. Last year, we were told by two girls who escaped that they were forced to give birth,” explained Rishikant.