The decision came a day after party leader Dilip Pandey resigned from the post of Delhi unit convenor. 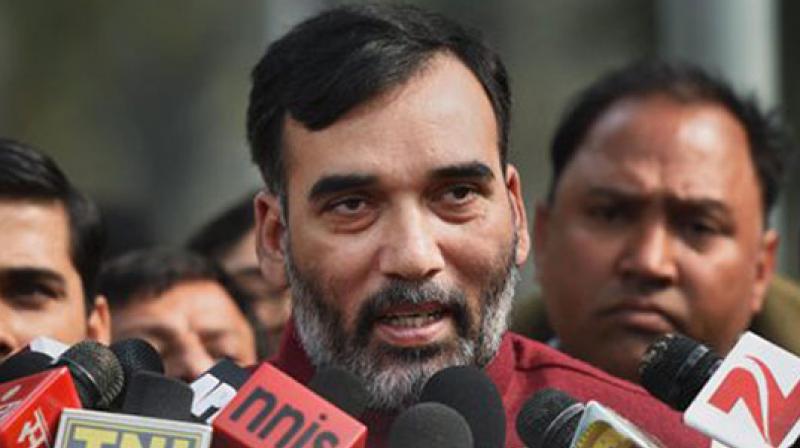 New Delhi: Delhi labour minister Gopal Rai is set to be the next convenor of Aam Aadmi Party’s Delhi unit. The official announcement in this regard was made after the meeting of Political Affairs Committee, the party’s highest decision making body. The decision came a day after party leader Dilip Pandey resigned from the post of Delhi unit convenor.

Earlier AAP’s Punjab in-charge, Sanjay Singh, and co-observer Durgesh Pathak announced that they were giving up their posts in a string of resignations after the AAP suffered a rout in the MCD elections.

Party sources said the decision was taken at a review meeting of AAP called by chief minister at his residence on Thursday, following the party’s rout in the civic elections. Mr Rai was the first one to rake up the EVM tampering issue on Wednesday when early poll trends predicted BJP winning the three corporations by huge vote margin. In a tweet, Mr Singh said, “I have sent my resignation from Punjab in-charge’s position, to national convenor. Durgesh has also resigned from the post of co-observer.” The AAP, which had won 67 out of the 70 seats during the 2015 Assembly elections, managed to win only 48 seats out of the 270 in the municipal elections. Mr Kejriwal called a meeting of all MLAs on Thursday to discuss the party’s performance in polls, including issues such as EVM tampering. “The party arrived at a conclusion that all legislators will go back to people and try to gauge public opinion. They will have to seek feedback on what went wrong,” a legislator said.

“The EVM issue came up for discussion. The party will decide on its future course of action. Currently, related evidences are being gathered for the purpose,” he said.