Addressing AAP councillors at his home, Kejriwal also asked them to keep their phones on 'recording mode' to expose BJP. 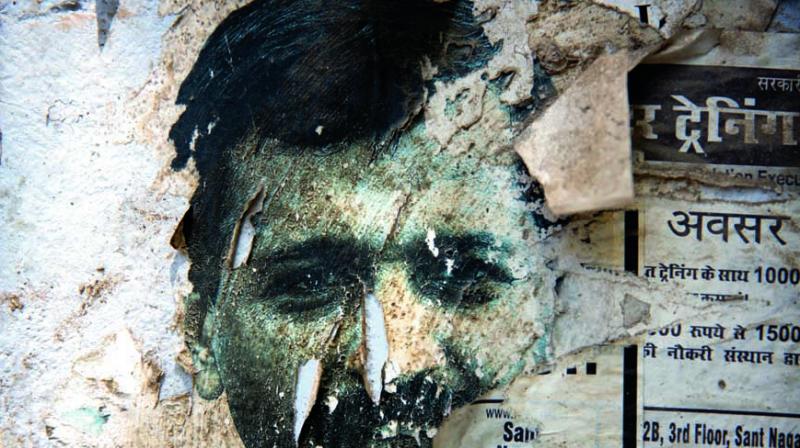 A torn poster of AAP leader Arvind Kejriwal is seen on a wall in New Delhi. (Photo: AP)

New Delhi: Keep your phones on "recording mode", Delhi Chief Minister Arvind Kejriwal on Thursday advised the Aam Aadmi Party's newly-elected municipal councillors and warned them against "betraying the party" by falling into the BJP's trap.

Addressing the councillors at his residence, Kejriwal administered them a pledge of "loyalty", a day after the BJP gained a decisive mandate in the Delhi civic polls and the AAP received a drubbing.

"No anti-defection law governs the corporations. So the BJP will try to lure you away. Always keep your phones on recording mode so that you can expose such attempts later.

They may even offer you Rs 10 crore as they have a lot of money," he said.

The AAP chief said betraying the party and the movement, of which it is a product, would be tantamount to "betraying God".

On Wednesday, the BJP retained control of all the three corporations, bagging 181 wards while the AAP could win just 48 wards. The national capital has a total of 272 wards.

His repeated emphasis on loyalty comes at a time when voices of dissent are getting louder within the party against its official line on alleged manipulation of electronic voting machines being the sole reason behind its recent poll upsets.

Flanked by Deputy Chief Minister Manish Sisodia and Dilip Pandey, who quit as the party's Delhi convenor yesterday, he stressed on the need for the councillors to maintain good rapport with volunteers and MLAs.

Importantly, Kejriwal also advised them to take good care of the sanitation workers of the three civic bodies, describing them as an "exploited lot".