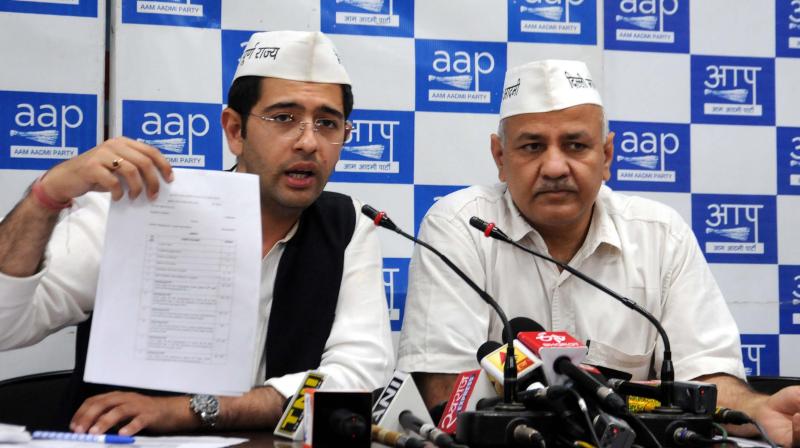 Mr Chadha claimed in his plea that the returning officer (RO) overlooked “glaring discrepancies in Mr Bidhuri’s nomination” and it was accepted without application of mind on the ground that they do not have any power to reject a nomination once an affidavit is filed, regardless of any concealment therein.

“The RO’s decision is arbitrary, illegal, unsustainable, and ought to be quashed,” the AAP candidate said.

“The impugned order failed to appreciate that every citizen in India has an unimpeachable and indefeasible fundamental right to information about the candidate they are called upon to vote for, which ought to not be rendered nugatory by an abdication of duty at the time of scrutiny,” the plea added.

Backing Mr Chadha’s claims, chief minister Arvind Kejriwal said the charges against Mr Bidhuri are very serious. “He is sure to be disqualified. South Delhi voters should not waste their vote on him,” Mr Kejriwal said.

Reacting to the development, Mr Bidhuri accused the ruling party in Delhi of “engineering a conspiracy against him.”

“All the facts and papers submitted in my nomination are true. AAP leaders are conspiring against me because they are losing the Lok Sabha elections,” the BJP leader said.

“I have earlier fought and won Assembly and Lok Sabha elections and nothing wrong was ever found in my nominations,” he added.