This urbanised village has emerged as an upper-class residential-cum-commercial area in South Delhi over the past three decades. 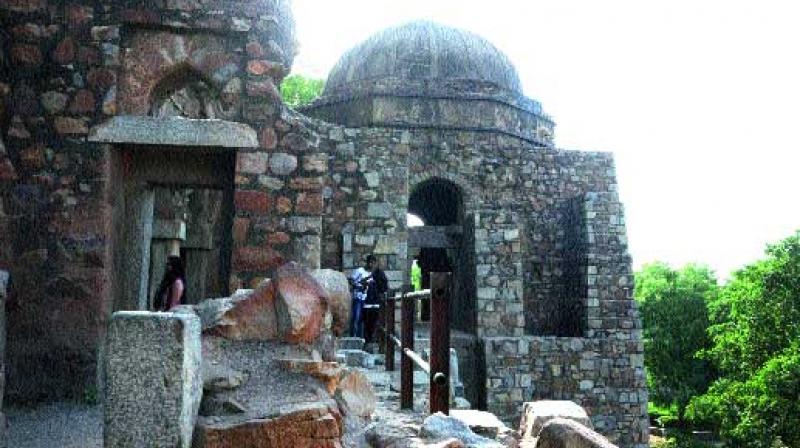 New Delhi: Hauz Khas Village is a surreal destination for tourists and city’s party-goers. In the evenings, the place looks like a medley of fashion boutiques, plush restaurants and noisy pubs.

On a Wednesday evening, a pub next to the local panchayat ghar (or community centre) belched smashing international hits including “How Deep Is Your Love”, a deep house dance track. The streets and parking lots were crowded. The parking lots are more cramped for space during weekends, according to the locals.

This urbanised village has emerged as an upper-class residential-cum-commercial area in South Delhi over the past three decades. The history of Hauz Khas can be traced back to the medieval era. The place is named after an ancient reservoir by the same name.

The imperial tank, currently under restoration, is said to have been originally constructed by Alauddin Khilji (reigning from 1296 to 1316) for his capital city, Siri. Firuz Shah Tughlaq (1351-88), who was known for his self-professed love for architectural patronage, later re-excavated the tank and built a madrasa along its edges.

The handsome two-storied madrasa with a long flight of steps could have been one of the famous centres of Islamic learning in the 14th century. Firuz Shah’s tomb is at the junction of the two wings of the Islamic seminary. At the northern end of the madrasa-mausoleum complex stands a mosque that is no longer in use. Obscured in the greenery of neighbouring Deer Park, sits Bagh-I-Alam Ka Gumbad (1501), an impressive Lodhi period tomb.

After admiration for history, an evening walk alongside the lake can be a very calming experience. What is now a bustling market, overlooking the ancient reservoir and Hauz Khas Complex, is another world. Over three decades ago, the Jat-dominated village saw new settlers, artists and designers.

Kusum Jain, who deals in old jewellery, antiques and vintage textiles, has been operating out of this market since 1989. “When I moved in here, there were barely four-five antique shops and five boutiques. Designers from Bombay, which included Beena Ramani, were the first to set up shops here,” she said.

Ms Jain once had an enviable clientele, ranging from foreign diplomats to Bollywood biggies like filmmaker Muzaffar Ali and actress Rekha. “Initially, we faced difficulty striking a rapport with the locals. We had to make them understand that there is no place in Delhi as beautiful as this,” she said.

Ms Jain has an utter disdain for the numerous bars and pubs that dot the market. She thinks that the young party-goers have destroyed the ethos of the once quaint market. There are bars here that serve over 40 brands of liquor. But still, this market is mostly about designer stores and antique shops.

In the neat, narrow lanes of Hauz Khas Village, old houses with huge pairs of wooden doors have been redone to accommodate numerous restaurants, cafes, boutiques and antique shops. Flanked by two and three storey buildings on either side, the cramped lane doesn’t allow the sun’s rays to permeate. So even a daytime shopping in the summers isn’t a bad idea.

“We don’t put items on sale throughout the year,” said a sales executive of a store that sells handcrafted bags, priced between Rs 5,500 and Rs 16,500. Some boutiques are offering discounts because footfall in the market has receded due to summer heat.