The Delhi Metro made a major foray into the Walled City of the national capital, as the 'Heritage Line' was thrown open to public on Sunday. 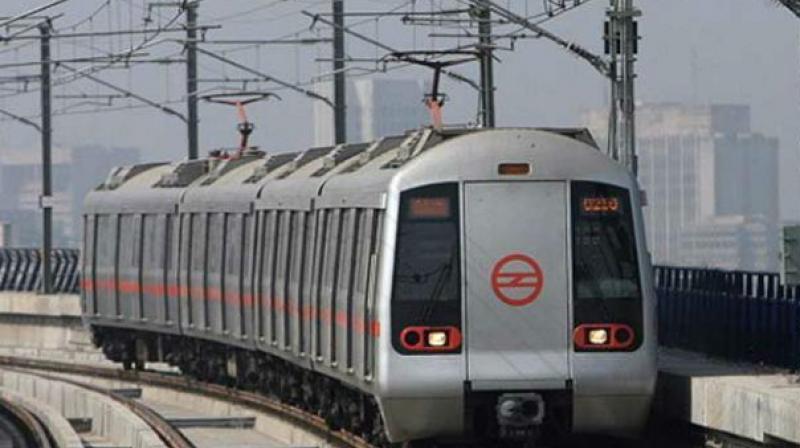 New Delhi: The Delhi Metro made a major foray into the Walled City of the national capital, as the ITO-Kashmere Gate 'Heritage Line' was thrown open to public on Sunday.

It has three stations -- Delhi Gate, Jama Masjid and Red Fort. The new line, which is essentially an extension of the Violet Line that runs between Faridabad and ITO presently, will take considerable load off the Chandni Chowk and Chawri Bazar stations of the Yellow Line.

Complimenting the Delhi Metro for the opening of the line, Naidu said that old Delhi is the tourism and cultural hub of the city where many monuments of great historical importance are located.

This line will bring many more people to these monuments as now the visitors will not have to worry about traffic jams and parking hassles.

"We all remember how the first metro connection to this part of the city had revived the market areas of Chandni Chowk and Chawri Bazar a decade ago. This connect will further help in boosting the economy in this part of Delhi," Naidu said.

Naidu said the construction of this line was full of challenges as the Delhi Metro engineers had to build through many congested areas as well as through stretches close to important historical monuments.

The three stations of this line, all underground, have been designed in accordance with the heritage of the area to provide glimpses of its rich past and vibrant present.

With the opening of this line, the total metro network currently operational in Delhi and NCR is now 217 kilometres with 162 stations. In India, 346 kilometres of Metro Rail is operational at present.

He also used the opportunity for drawing attention to the need for enhancing the public transport capacity in the city to provide the first and last mile connectivity.

He said that focus should be on more cycle tracks and better public transport in Delhi.

"The culture now is that every member of family is having a car which is not right," he said.

"I would like to mention that the cities which have taken a holistic approach to urban mobility planning and have adopted a comprehensive set of well-integrated measures have succeeded in addressing the issues such as pollution, congestion, lack of connectivity etc," he stressed.

"The last decade has witnessed the development of metro projects across the country. However, with more and more cities aspiring for metro rail, it is the need of the hour to have a policy on the metro rail so that such systems are decided upon and implemented in the most sustainable manner," he said.

Kejriwal said the Delhi Metro has on Sunday become the pride of not only the city but the entire India. There are many countries now which are looking up to Delhi Metro and DMRC is providing consultancy to many towns and cities.

"From the point of view of environment protection, time management and economy, Delhi Metro has emerged as a very suitable mode of travel," he said.