Manish Sisodia demands to put an end to integrated GST 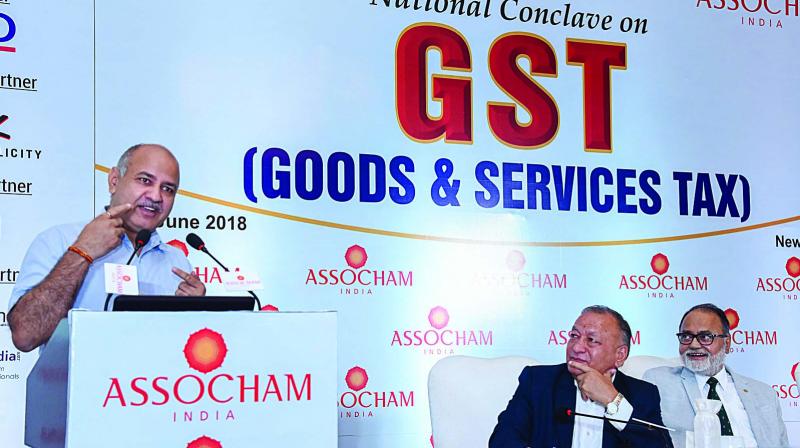 He also favoured bringing real estate within the fold of GST, as it will help deal with black money and called for doing away of inspector raj associated with e-way bill system.

Mr Sisodia said the Goods and Services Tax (GST) was first conceptualised as “one nation, one tax”, but with five tax slabs, it has come out as “one nation, several taxes”. He said that he had opposed IGST from the very beginning and had suggested sticking with only Central GST and State GST.

“I feel IGST is a bad idea. In the last GST Council meeting, we got the figure of Rs 1,81,418 crore IGST, which we had collected and has been lying idle in an escrow account. This is neither in the state government’s account, nor in the Centre’s account. It is just lying idle. It’s a loss to the economy,” he said at an Assocham event.

Under the GST, the tax levied on consumption of goods or rendering of service is split 50:50 between the Centre and the state. Such tax is known as Central-GST (CGST) and State-GST (SGST).

On inter-state movement of goods as well as imports, an IGST is levied, which accrues to the Centre. A cess is levied on top of these taxes on luxury goods, which make up for the compensation used to make good revenue shortfall faced by the states on GST implementation. IGST is an interim tax paid by businesses and can be adjusted when they pay CGST or SGST.

“After one year if we can decide to abolish IGST... this is not required. Today or tomorrow we have to do it if we have to make GST effective. IGST is the biggest problem in way of GST,” Mr Sisodia said.

Mr Sisodia said that the requirement of e-way bill should be done away with for intra-state movement of goods.

“Inspector raj should be done away with. We should do data driven inspection. If everything is online, then you do not need inspectors to ask drivers about goods being transported in the truck.

“E-way bill is not a good idea. It should not be there for intra-state; in such a case there would be inspectors from one district to the other,” he said. When everything is online, then why the need for physical presence of inspectors?” he said.

Touted as an anti-evasion measure, transporting goods worth Rs 50,000 is required to present e-way bill to a GST inspector. The measure was expected to help boost tax collections by clamping down on trade that was happening on cash basis.