Similarly, the Sambhal community, which is adept in crochet skills, was taught to produce plastic yarn. 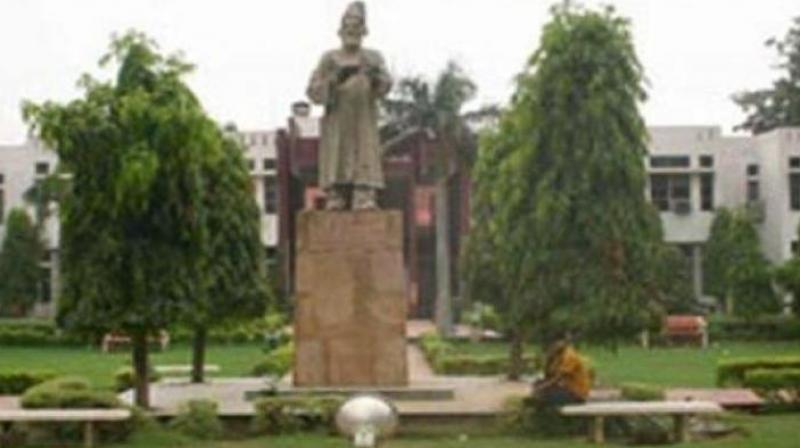 New Delhi: Forty-five-year-old Musarrat, a resident of Batla House, has been living in deplorable conditions all her life, collecting waste from the streets or Okhla landfill site and then being cheated upon by middlemen by getting less money for her work.

However, a project undertaken by the students of Jamia Millia Islamia (JMI) University has given a new ray of hope to many like Musarrat living in the area, majority of them belonging to Sambhal and ragpicker community.

The objective of “Project Tabdeel” is to assist these people by innovative ideas of merging entrepreneurship and environment conservation. Through this initiative, the ragpicker community, which has been in the profession for generations and do not have any other skill, was introduced to a shredding machine and taught how to operate one.

They were taught to segregate the waste and then use the shredding machine to produce plastic chips, which are in high demand these days. Plastic chips earn waste collectors three times the revenue than the un-shredded waste.

Similarly, the Sambhal community, which is adept in crochet skills, was taught to produce plastic yarn. Value addition is done to the beautifully spun mattresses, which were once part of the daily garbage, and then sold to the NGOs providing the women with a stable income.

“We are living in deplorable conditions and are often cheated upon by the middlemen. We have nowhere to go as this is our home. But ever since this project was launched, the income has been stable, we have gained skills and now we can do this on our own without relying on anybody’s help,” Musarrat said.

The project is being carried out under Enactus, which is an international non-profit organisation with the aim of helping the impoverished. The JMI students have focused on organic waste and its benefits. The organic waste is collected from canteens for generation of manure and the initiative has earned them a revenue of Rs 1,60,000 this year.

However, the Jamia students also want to set up “Plastic Parks”, under the department of chemical and petrochemicals. The parks, they said, will produce direct and indirect jobs with handicrafts stalls gracing it.