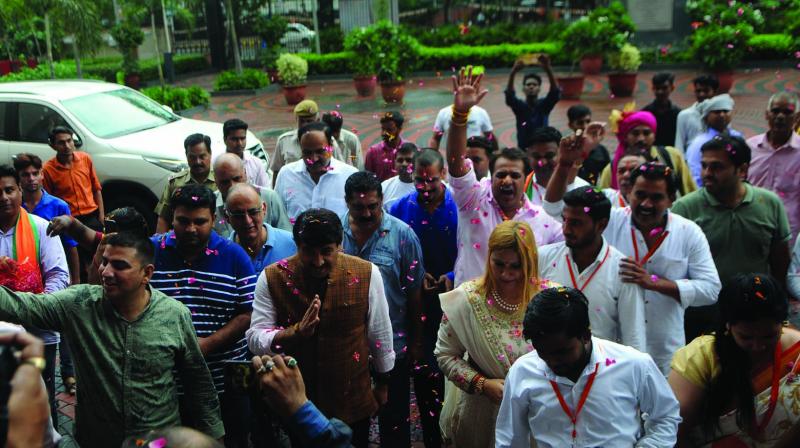 NEW DELHI: Unhappy with the lackadaisical attitude of office bearers in the ongoing membership drive, Delhi BJP leaders have directed all the office-bearers to submit list of new members they have made. It is learnt that state general secretary (organisation) Siddarthan will review the new members enrolled by the state office bearers.

A well placed party leader said that direction has been issued to all the state office-bearers to submit lists of new members they have enrolled from their own polling booths.

The Delhi BJP state office-bearers include vice presidents, general secretaries, secretaries and treasurers. Now, the Delhi BJP is also planning to issue similar directive to its councils in all the party ruled three municipal corporations.

The Delhi BJP launched its membership drive at a mega event at Jawahar Lal Nehru Stadium and enlisted famous Haryanvi folk singer and dancer Sapna Chaudhary. The party claimed that it has made over five lakh new members till Saturday. The Delhi BJP, initially set a target of 10 lakh new members but former BJP national general secretary Ramlal had increased it to 57 per cent of total electorate in the national capital.