St. Stephen’s Hospital has refused five patients who visited it and denied free treatment to them. 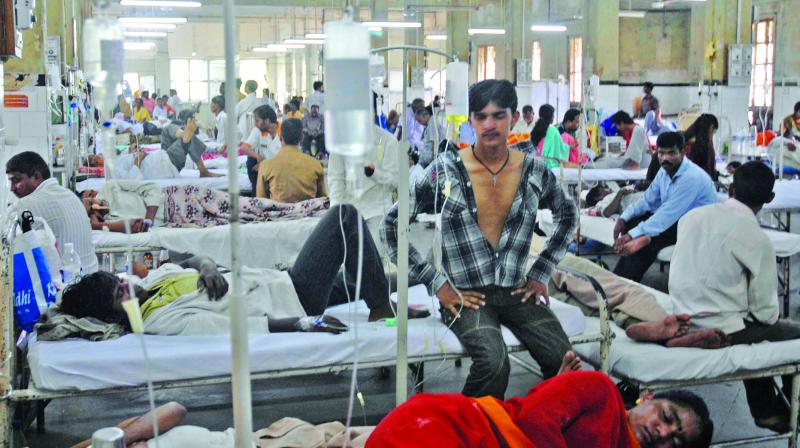 The hospital is a 600-bedded facility and is required to reserve 10 per cent – 60 beds – for the patients for EWS. (Representational image)

The Delhi government’s department of health, has also received complaints from five patients who visited St. Stephen’s Hospital who were denied free treatment by the hospital.

The Supreme Court on July 10 this year had ordered all Delhi-based private hospitals — that were given land at subsidised rates — to provide free treatment to 25 per cent Out Patient Department (OPD) and 10 per cent Inpatient Department (IPD) patients belonging to the EWS.

The apex court also said that if hospitals flout the order, it could lead to cancellation of the lease. In a letter to Delhi chief secretary Anshu Prakash, the committee said that all patients are EWS patients and are in possession of food security card and are entitled to free treatment under EWS category.

“However, the hospital flatly refused to provide them free treatment. The aforesaid action on part of St. Stephen’s Hospital is in clear violation of Hon’ble Supreme Court Judgement,” the letter by advocate Ashok Agarwal, member of the committee, said.

“You are therefore requested to take necessary action against St. Stephen’s Hospital, Delhi, for failure on the part of the hospital to provide free treatment to EWS patien-ts,” it added.

The hospital is a 600-bedded facility and is required to reserve 10 per cent – 60 beds – for the patients for EWS.