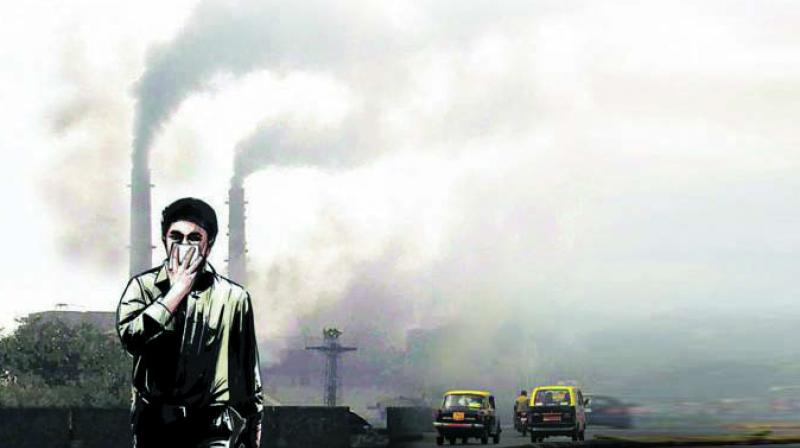 New Delhi: The enforcement bodies’ actions on public complaints against pollution have been “grossly inadequate”, the Central Pollution Control Board (CPCB) has said while urging these agencies again to join social media platforms to address the grievances concerning them.  The directions have been made to the NDMC, SDMC, EDMC, DMRC, CPWD, DDA and the state pollution control boards of Delhi, Rajasthan, Haryana, Punjab and Uttar Pradesh, among other public bodies.

In a meeting with public agencies and state pollution control boards last week, CPCB member secretary Prashant Gargava said the response to complaints lodged on the SAMEER app, which was developed by the CPCB, has been “inadequate”.  “They have to join social media platforms and take action in respect of complaints concerning them,” the CPCB was quoted as saying in the minutes of the meeting.

Meanwhile, a thick haze engulfed the city on Tuesday as the air quality deteriorated on Tuesday.  The overall air quality index (AQI) of Delhi was recorded between 350-360, which falls in the “very poor” category  with four areas recording severe pollution level.