All parties against AAP, ‘son of Delhi’: Arvind Kejriwal

Mr Kejriwal told the people that they should ask the BJP leaders about their respective states. 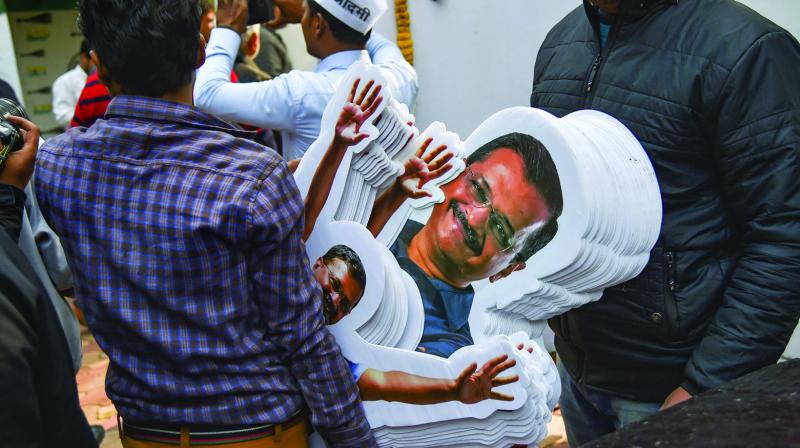 A party worker carries a bundle of chief minister Arvind Kejriwal's cutouts at the AAP office in New Delhi on Tuesday. (Photo: PTI)

New Delhi: As the Bharatiya Janata Party’s (BJP) campaign took a belligerent and aggressive tone in its bid to polarise the vote bank on religious lines, Aam Aadmi Party (AAP) supremo and chief minister Arvind Kejriwal on Monday raised an emotional pitch to appeal to the electorate, saying that all the parties from across the country have joined hands to defeat the “son of Delhi.”

Addressing a roadshow at Gokalpuri, Mr Kejriwal said: “Parties including BJP, RJD, Congress, JDU, LJP, and others from across the country have come to defeat you and your son.”

Mr Kejriwal told the people that they should ask the BJP leaders about their respective states. “Please ask them about the number of hours that their states receive electricity and its price and then tell them that Delhi receives 24-hour free electricity,” he said.