A crowd that had assembled for a candlelit vigil for the teenager turned violent after spotting a group of Nigerians leaving a mall. 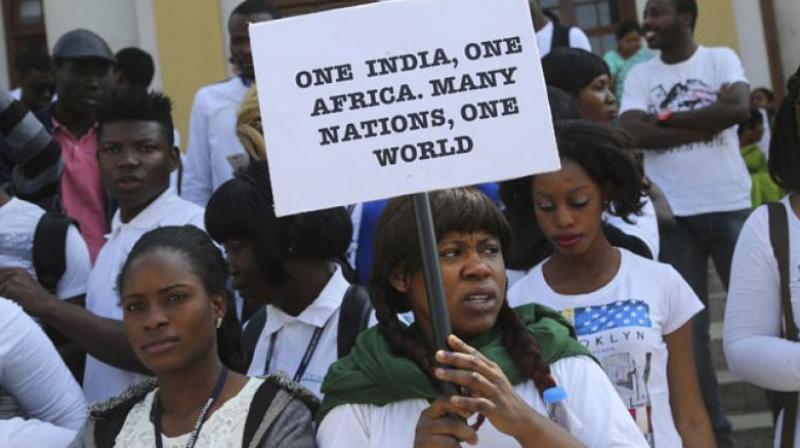 New Delhi: Police stepped up security Wednesday in Noida where a mob attacked African students following the death of a local teenager from a suspected drug overdose.

Five people were arrested over the assault in Greater Noida in which the students were beaten with sticks and metal chairs, with police examining CCTV footage to identify other attackers.

"Our teams are also on the lookout for at least four other persons over the assault."

Police have also identified around 40 others after scanning security tapes and footage shot by onlookers and broadcast by the media, Singh said.

They would be charged with rioting and unlawful assembly for involvement in the mob, he added.

Hundreds of African students live in Greater Noida, where there are several popular universities, engineering colleges and other educational institutions.

The latest attack followed the death of a local 16-year-old from an apparent drug overdose.

Police detained five Nigerian students in connection with the case after a group of local people went to their home and accused them of murder.

The students were later released after police failed to find any evidence against them.

But a crowd that had assembled for a candlelit vigil to demand justice for the teenager turned violent after spotting a group of Nigerians leaving a mall.

India's foreign ministry condemned the incident as "deplorable" and assured the Nigerian High Commissioner (ambassador) that all steps were being taken to protect their citizens in India.