The court has asked him to appear before it on April 19. 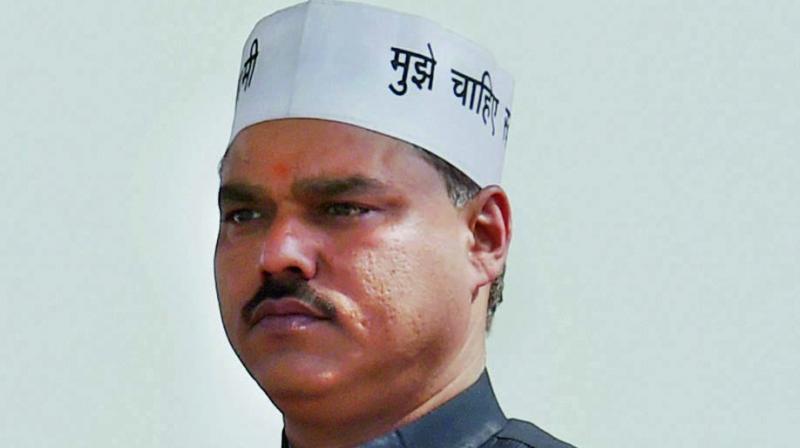 New Delhi: A Delhi court on Tuesday took cognisance of the chargesheet filed against former Delhi law minister Jitender Singh Tomar and summoned him as an accused in connection with the fake degree case. The court has asked him to appear before it on April 19.

Besides Mr Tomar, additional chief metropolitan magistrate (ACMM) Sandeep Garg also summoned 13 others as accused, including employees of Tilkamanjhi University at Bhagalpur in Bihar from where the Delhi MLA allegedly procured a fake law degree.

“I take cognisance of offences punishable under sections 420 (cheating), 467 (forgery of valuable security), 468 (forgery for cheating), 471 (using as genuine a forged document) and 109/120B (abetment of criminal conspiracy) of the IPC,” the ACMM said.

Mr Tomar, an MLA from Trinagar, had been arrested on June 9, 2015 following a probe by Delhi police on a complaint of the Bar Council of Delhi that he had obtained a fake law degree. However, on July 24, 2015, he was granted conditional bail by a court here with a direction to join investigation as and when required. A magisterial court had earlier rejected Tomar’s bail plea twice.

An FIR had been registered against Mr Tomar on June 8, 2015 at Hauz Khas police station for alleged offences of cheating, forgery, using forged documents as genuine, forgery with intent to cheat and criminal conspiracy under the IPC.