BJP to rope in youth to put forward party agenda

As per the directions of the top leadership of the party, the BJYM has started identifying young leaders across the country. 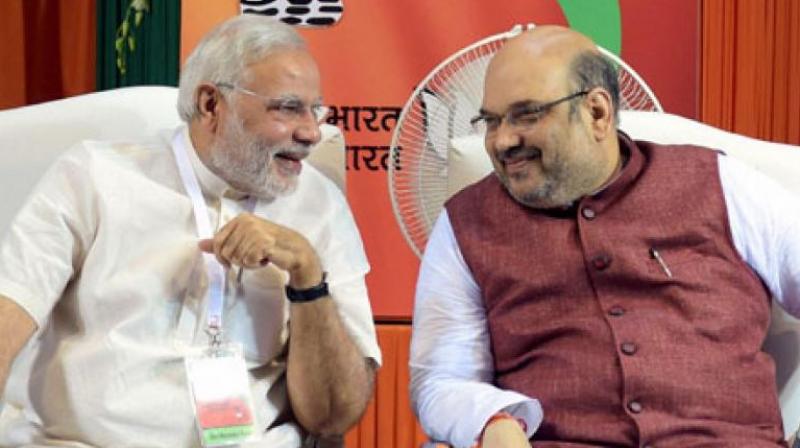 New Delhi:  Ahead of the next general elections, the BJP has decided to decentralise its communication strategy. It is identifying young orators in all states to effectively put forward the party’s ideology and agenda.

The candidates have to be well-versed in regional lingo so that they can communicate with the local population properly. A two-day workshop for these young BJP leaders will be held next month in the national capital to train and make them aware them about the Modi government’s achievements.

According to well-placed sources in the party, PM Narendra Modi and BJP president Amit Shah stressed that the message must reach the people in their own language.

“For the purpose, the BJP Yuva Morcha (BJYM), which is the youth wing of the party, will identify at the earliest 10 to 15 young orators with extraordinary skill. These young leaders with good communication skills will be trained. They will tell people about the flagship schemes of the Modi government,” they said.

As per the directions of the top leadership of the party, the BJYM has started identifying young leaders across the country.

“Young leaders must have good communication skills and the local language of the state they belong,” said a BJYM leader.

Those selected will be called for a two-day training workshop at the national capital where senior BJP leaders and spokespersons will share their experience with the young orators, who will defend the party in the run up to the general election to be held in 2019.

A party insider said that among the candidates who attend the workshop, young workers with excellent oratory skills will either be appointed as spokesperson in the state unit or included in the list of media panellist in their respective state.

“These young workers will be asked to highlight Modi government’s achievements in both regional electronic and print media. They will also defend the party from any criticism,” he added.