‘Palna’ scheme to help bridge gap between number of children available for adoption. 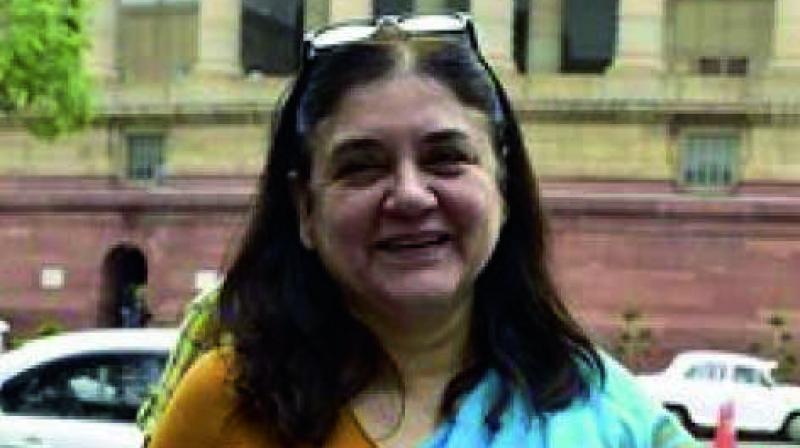 New Delhi: The Centre has ordered all hospitals and orphanages to put up cradles in front of their buildings so that parents can give up unwanted babies safely. The “palna (cradle)” scheme will help bridge the gap between the number of children available for adoption and the burgeoning list of adoptive parents.

As of May 2017, there are 1,766 children in child-care institutions across the country, while there were 15,200 prospective adoptive parents waiting in queue.

“The idea is to encourage parents to come and surrender their babies in the cradles so that they don’t abandon them or kill them. It is a humane and yet anonymous way to give up your child,” women and child development minister Maneka Gandhi told PTI.

The ministry has already sent out orders for implementation of the scheme even as it is awaits clearance from the ministry of home affairs to set up such cradles in front of police stations.

“We want such cradles in places where there is night staff present so that they can take the child in immediately,” the minister said.

The cradles will be fitted with a bell by which the staff can be alerted to the arrival of the child. Then the baby can be taken to the local child welfare committee and screened further to evaluate if it is fit for adoption.

This “palna” system is in place in Rajasthan where chief minister Vasundhara Raje Scindhia’s 2015-16 Ashray Palna Sthal Yojna has been immensely successful.

Under the scheme, 65 cradles at medical colleges, district, satellite and sub-district hospitals were set up to save newborns abandoned by their parents.

The children are often thrown in hedges, dustbins and water bodies, exposing them to life risks. In less than a year, the scheme has saved 35 newborns, of whom 25 were girls.

A similar scheme also exists Tamil Nadu which was introduced by the state government in 1992 for newborn girls. Officials said the system will ensure that a child is not abandoned or killed because it was unwanted or the parents were not ready to keep it.

“Forcing a parent to keep the child only leads to more problems. Instead leaving the child in a safe place will ensure that the child gets a home,” Ms Maneka said. The ministry has already identified private and government hospitals and orphanages as prime locations to place the cradles.