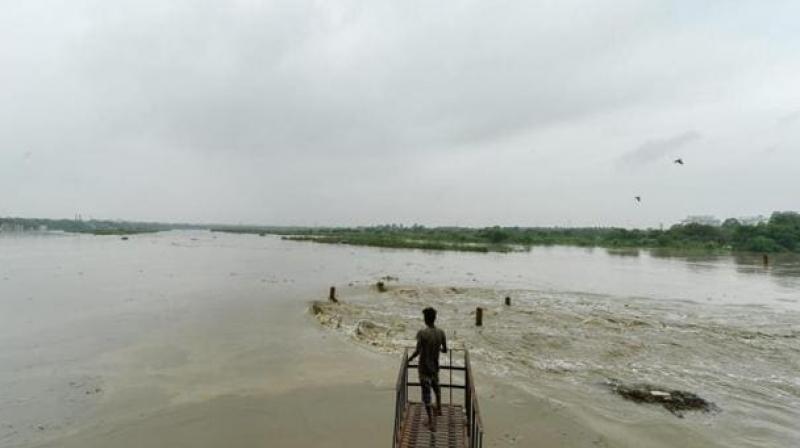 New Delhi: The water level in the Yamuna in Delhi on Thursday rose to 203.37 metres, close to the warning mark of 204.50 metres after heavy rains in the upper catchment areas of the river, officials said.

The administration had sounded an alert in the low-lying areas close to the river floodplains on Tuesday and the situation is being monitored round the clock, they said.

"The water level was recorded at 203.37 metres at the Old Railway Bridge at 10:30 am," an official of the Irrigation and Flood Control Department said.

The Yamuna has swollen because of rains in Delhi and the upper catchment areas, he said, adding that more water is being released from the Hathnikund barrage into the river in Haryana's Yamunanagar district.

"The flow rate peaked to 1.60 lakh cusecs in the last 24 hours, the highest so far this year," the official said.

Water was being released into the Yamuna at the rate of 85,879 cusecs at 10 am on Thursday. Normally, the flow rate at the Hathnikund barrage is 352 cusec, but the discharge is increased after heavy rainfall in the catchment areas.

The water level may rise further as there is a prediction of rains in the catchment areas, the official said.

In 2019, the flow rate had peaked at 8.28 lakh cusecs on August 18 and 19, and the water level in the Yamuna had touched 206.60 metres, breaching the danger mark of 205.33 metres. The Delhi government had to launch evacuation and relief operations after the overflowing river submerged many low-lying areas.