It added that this may result in minor bunching and delay on the Blue Line. 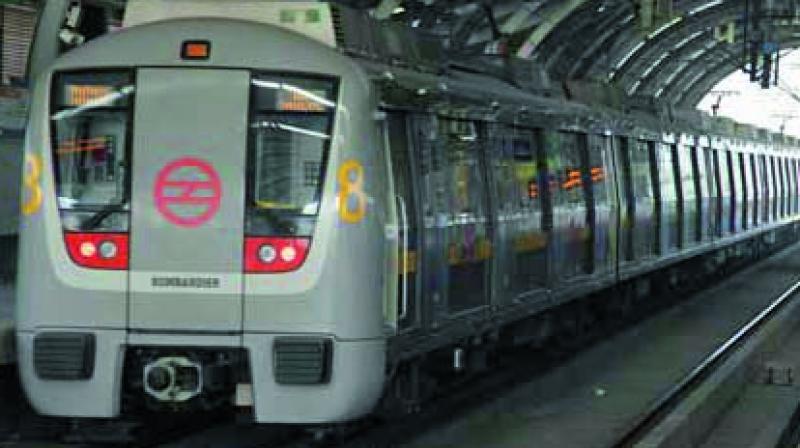 New Delhi: Hundreds of commuters travelling on the Delhi Metro had a harrowing day after they were stranded at several stations during the morning rush hour on Tuesday as trains were delayed after a periodic maintenance could not be completed following heavy rains in the city. Commuters said the trains arrived at intervals of 15 minutes to half-an-hour and the coaches were packed with passengers.

“The speed was reduced for the maintenance work on the track which could not be carried out at night because of the rain. The trains on the line connecting Dwarka to Ghaziabad and Noida ran at a speed of 15 km per hour inst-ead of 35 km per hour,” said a DMRC official.

The Delhi Metro Rail Corporation has clarified that due to some planned periodic maintenance by the track department in the night, temporary speed restriction of 15 kilometre per hour has been imposed on line between Subhash Nagar and Tilak Nagar stations (going towards Dwarka) and the speed restrictions will continue.

It added that this may result in minor bunching and delay on the Blue Line.

“The maintenance work happens at night but the rains did not allow finishing it in the deadline,” the Delhi Metro said in statement. He further added that TSR will be removed once the track department carries out the remaining work in the night.

Moreover, at around 1.30 pm the speed limit was increased up to 30 km per hour between Subhash Nagar and Tilak Nagar stations, it added. The regular speed would be restored by tomorrow, official said.

Upset passengers claims that they had reached their destination late as the train stopped at every station for over 10 minutes, resultanly, social media platform flooded with the angry posts by the commuters over the delay. “ The trains have been “crawling” on Delhi Metro Blue Line and running with packed coaches. “The situation was “claustrophobic,” said disgruntled commuters.