Subhash Chopra said that without the permission of the home minister of the Delhi government, no furlough could have been given to Ajay Chautala. 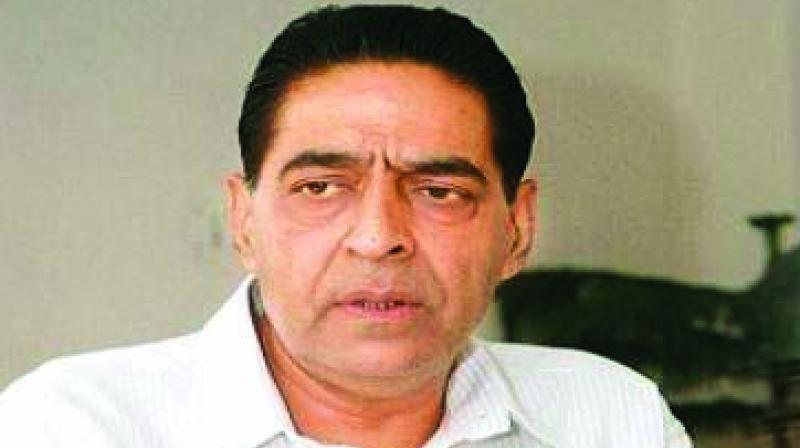 New Delhi: Newly-appointed Delhi Congress president Subhash Chopra on Monday the Aam Aadmi Party (AAP) of being the “B-Team of the Bharatiya Janata Party (BJP)” and alleged the AAP government in Delhi of colluding with the saffron party in granting furlough to Ajay Chautala, who is serving prison term at the Tihar Jail in Delhi.

Ajay Chautala is the father of Jannayak Janata Party (JJP) chief Dushyant Chautala, who has been appointed the deputy chief minister of a BJP-led government in Haryana.

Mr Chopra said that without the permission of the home minister of the Delhi government, no furlough could have been given to Ajay Chautala.

“The application for furlough would have to be routed through the Delhi home minister and if the AAP government says that it has not given the permission, it is a big lie,” he added.

Quoting the Gazette notification, Mr Chopra said: “The inspector general (prisons) shall send for consideration of the government all cases of convicts, who have not availed parole or furlough in the entire calendar year with accordance with the procedure laid down. The government may consider these cases for grant of parole where they meet the eligibility criteria.”

Mr Chopra said that the AAP government was helping BJP as AAP is the B-Team of the saffron party, otherwise the city government would not have approved the release of Ajay Chautala from prison almost overnight.

Mr Lovely said that to form a BJP government in Haryana, Mr Kejriwal and BJP secretly joined hands to misguide the people as both are two sides of the same coin and have misused the official machinery.

Mr Azad said that both AAP and BJP are playing shadow boxing to mislead the people. He said that the JJP-AAP-BJP combine was hands-in-glove in fooling the people. He also said that if CM had not granted bail to Ajay Chautala, Congress would have formed government in Haryana. Without the permission of the home minister of the AAP, Ajay Chautala would not have received the furlough.

Mr Sharma said that there were 2,000 applications pending for parole for common convicts, but Ajay Chautala was given furlough on a Sunday after he talked to some BJP leaders on the phone at 1.00 am from inside Tihar Jail.

He did wonder how a mobile phone was carried inside the jail for Ajay Chautala to talk to the BJP leaders when the Tihar Jail is under the Delhi government.