They also feed them on a daily basis in the two shelters, which they have built only for these dogs. 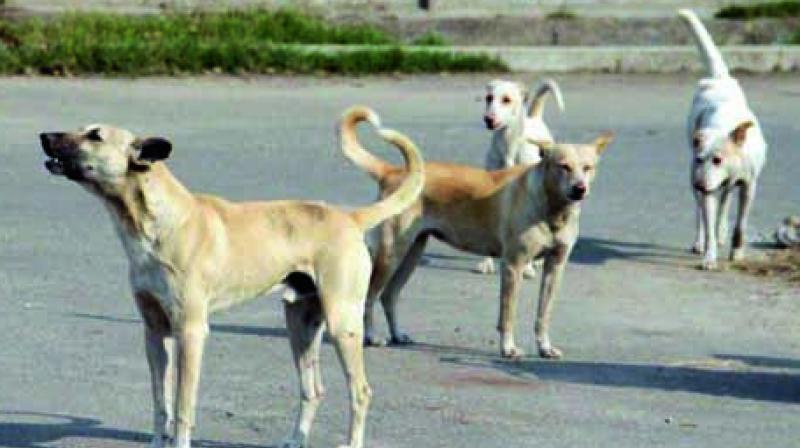 A part of the proceeds of these sales is given to the producers and the rest is invested in the welfare of the dogs in their medical and general needs.

New Delhi: While aiming to eradicate rabies, a group of DU students have undertaken project “Parivartan” to promote the adoption of stray dogs in the city.

“Enactus” Motilal Nehru College has been recognized as the only college in India to work for animal welfare. The project not only helps dogs but also tries to improve the livelihood of underprivileged women by giving them an opportunity to produce and sell handmade dog collars and leashes.

A part of the proceeds of these sales is given to the producers and the rest is invested in the welfare of the dogs in their medical and general needs.

According to Enactus MNC, their project Parivartan has adapted the DESI model, where DESI stands for “Duty to Empathize, Sterilize and Immunize” the stray dogs.

So far under the “Duty to Empathize”, the team has given shelter to 14 dogs in their college campus and provided them with names. They also feed them on a daily basis in the two shelters, which they have built only for these dogs.

Whereas as a part of “Duty to Sterilize and Immunize”, they have directly collaborated with the NGO- PAWS and got all the dogs sterilized and immunized against rabies on their own expenses, hence making the college campus a rabies free zone.

“Our mission is not only to eradicate rabies but also get the dogs the inclusivity they deserve as fellow creatures. We took this initiative to give the ‘Desi dogs’ or how people like to call them- stray dogs, a better life. Inspite of being treated so cruelly by hundreds of people all day long, even if one person treats a street dog right, he’ll surely shower all the love inside him to that one person. Through our project, we encourage people to be a part of this change and adopt these dogs,” said team Enactus MNC.

As a part of the project, women from Sanjay Gandhi Centre, Chanakyapuri have been employed near Jesus and Mary College for producing both handmade dog collars and dog food.

Recently, Enactus MNC team even held a nukkad natak on ‘Kutton Se Nafrat Hatao, Haath Badhao DESI Apnao’ to give voice to the unjust and selfish acts of mankind towards dogs.