NGT notice to Delhi, UP on waste burning along DND flyover

Advocate Saliq Shafique mentioned the matter before NGT and said that a stretch of dry grass was put on fire along the DND flyway. 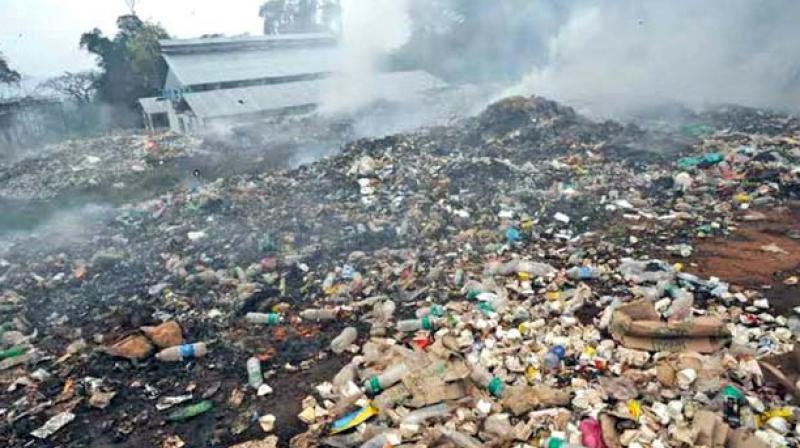 New Delhi: The National Green Tribunal (NGT) issued notice to the governments of Delhi and Uttar Pradesh on Thursday on a plea alleging indiscriminate burning of municipal solid waste in Delhi and National Capital Region (NCR) despite a ban being in force.

"What is this going on? Issue notice to governments of NCT Delhi, Uttar Pradesh, DPCC, UPPCB," the bench said.

The order came after advocate Saliq Shafique mentioned the matter before the green panel and said that huge stretch of dry grass was put on fire along the Delhi-Noida Direct (DND) flyway on March 26.

The lawyer, appearing for Vardhaman Kaushik who has filed a petition on deteriorating air quality in Delhi and NCR, submitted various photographs showing burning of waste and grass at several places.

He said that despite various orders being passed by NGT and undertaking given by the authorities concerned there was indiscriminate dumping and burning of municipal solid waste in various parks.

Imposing a complete ban on burning of waste in open including garbage, leaves, plastic and crop residues, the National Green Tribunal had earlier said violators will be fined Rs. 5,000.

It had made it clear that orders of the NGT are to be complied with as a decree order of a civil court and all authorities including the police are duty bound to carry them out.