They also threatened the shop owners and asked them to shut their establishments on every Tuesday in future. 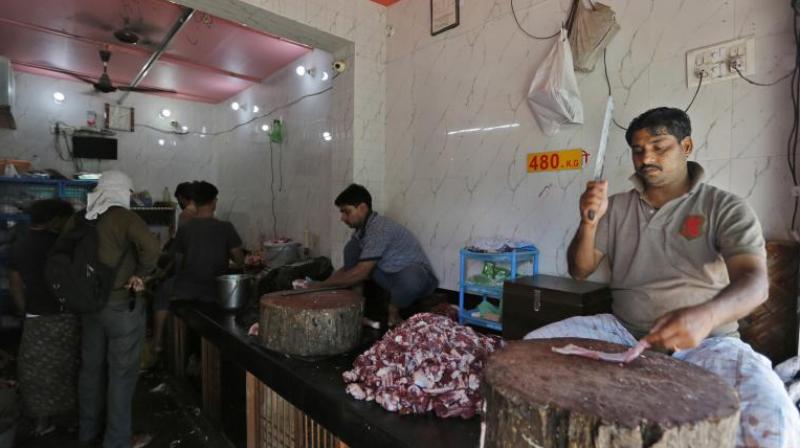 Gurgaon: As many as 500 meat shops, including a KFC outlet, in old Gurgaon were allegedly forcibly shut down by over 200 Shiv Sainiks for nine days on account of Navratri. They also threatened the shop owners and asked them to shut their establishments on every Tuesday in future.

“We have served notices to meat shop owners, including KFC, and other fast food outlets to shut their shops till Navratri ends and on every Tuesday in future. They will have to face consequences if they don’t follow instructions,” said Gautam Saini, the president of Shiv Sena.

“We asked the KFC manager to shut down the outlet immediately. All of the customers were asked to vacate the place. We also told them that the place would remain closed till Navratri gets over,” said Mr Saini, adding that they were getting support from locals, who were appreciating the drive. We will keep a check on illegal meat shops in the city, if any persons dared to keep their meat shops open, then the shop owner will face dire consequences.

However, ACP-PRO of Gurgaon police Manish Sehgal said some meats shops were shut down but they were later opened.

These shops have commercial licences to sell meat. Strict action will be taken against those forcing closure of shops illegally.

“We have instructed all police stations to take strict action against any group forcing legal meat shops to shut down,” Mr Sehgal added.

“Who are they (Shiv Sena) to guide us what to eat or not. A bunch of goons are anot going to decide my meal,” said Rahul Narang, a student.

“It’s not rule of law to close a shop forcibly, who has given them power to decide right or wrong. Put them behind the bars,” said Vidhya Singh, a software engineer.

“No one has right to force their believes on others, we are not going to follow their meat ban ‘orders’,” said Ankur Khandelwal,.