Delhi Police sources confirmed that a non-cognisable report has been registered in connection with the matter. 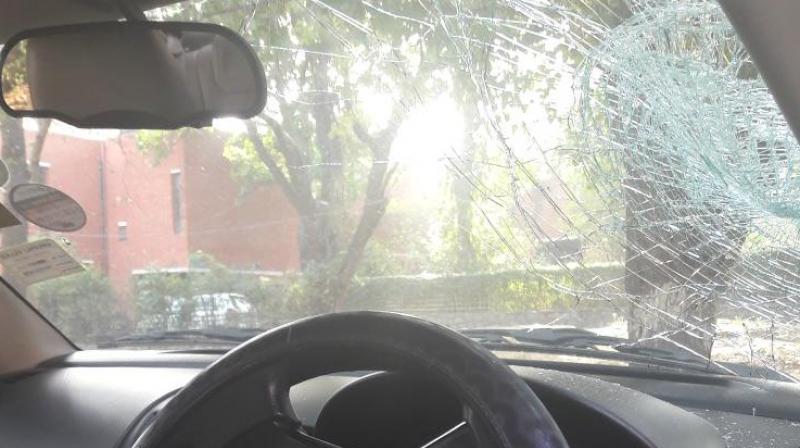 An assistant professor from Jawaharlal Nehru University (JNU) on Sunday alleged some persons vandalised his car and threw stones at his house. (Photo: Twitter)

New Delhi: An assistant professor at Jawaharlal Nehru University (JNU) on Sunday alleged some persons vandalised his car and threw stones at his house for organising an event on the varsity campus to condole the death of jawans in Sukma and Kupwara.

"My car vandalized and stone-pelted at home at midnight as a reward for organizing condolence meet at JNU and mass gathered for Sukma and Kupwara Martyrs (sic)," Buddha Singh tweeted.

Along with the tweet he posted two pictures of the damaged windshield of his car. "I had parked my car near Periyar hostel, which is opposite to the students' union office. I do not suspect anyone, but I have filed a case at Vasant Kunj police station," Singh said. 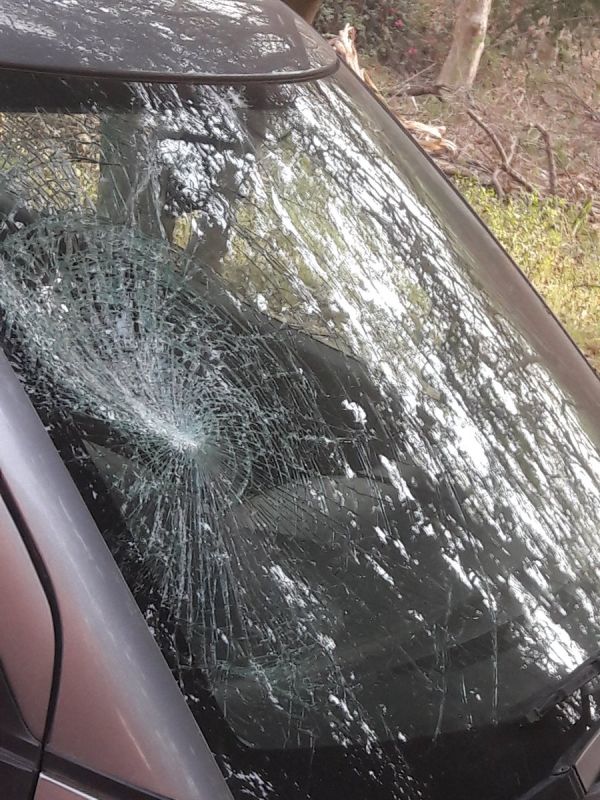 JNUSU in a statement said Singh was trying to gain "cheap publicity".

"Buddha Singh made a diversionary statement for cheap publicity that his car has been vandalised because he organised a programme on Sukma.The RSS always resorts to such tactics to divert attention, so that tough questions are not put to Home Minister Rajnath Singh," JNUSU president Mohit Kumar Pandey said in the statement.

The students' union demanded that the matter be inquired properly by the police or the administration.

Delhi Police sources confirmed that a non-cognisable report has been registered in connection with the matter, which means that the complainant can claim insurance for the damage caused.